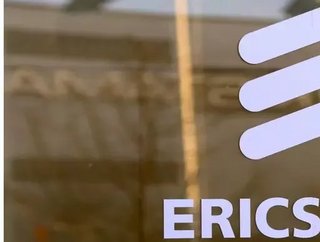 In a time when technology and data connectivity are absolutely crucial for running our everyday lives, communications service providers are experiencing increased demand for coverage on their networks. Today, Ericsson has announced that it will answer those demands by partnering, once again, with Deutsche Telekom and Greek mobile network operator Cosmote to expand the reach of their 5G services. The trio historically innovated excellent 3G, 4G, and 5G mobile and wireless backhaul networks and now intends to test and trial W-band as a 5G backhaul spectrum, having already proved the viability of frequency bands above 100GHz.

What is the Backhaul Spectrum?

The term backhaul is something you might have come across if you’ve ever looked to improve the performance and reach of your wireless network at home or the office. It’s a commonly-used term in telecommunications that refers to the transmission of a signal between a remote site or network to another site ─ usually a central one.

Currently, the frequency bands on offer vary in power and are identified only by their lettering:

The team at Ericsson explains that wireless backhaul in 5G networks operates on 4GHz to 80GHz frequency bands but claims that the three companies involved had found the capacity of 5G to exceed that range. During a trial period, Cosmote, Deutsche Telekom, and Ericcson each deployed W-band technology, which runs at 92GHz-114GHz, and found that it could perform at the same level as the often-used E-band ─ which operates well at 70-86GHz. In addition, due to W-band’s high frequency, the backhaul portion can deal with a much higher capacity than E-band technology, making it very attractive for future use in a world that continues to up its data usage on a daily basis across the globe.

Dr Konstantinos Chalkiotis, Vice President 5G Solutions, Access & Home Networks, Deutsche Telekom, says: “The evolution towards future-proof, cost-efficient and high-capacity wireless backhaul networks will play an important role to accommodate growing traffic demand, increased site location (including small and picocells) and extend 5G services in the future. The results of our innovation trial with Ericsson confirm the feasibility of using higher frequency bands with wider channels as another solution in our portfolio to deliver high capacity and high-performance backhaul for our customers in the 5G era. We hope soon to see those solutions brought into real production in a cost-efficient manner.”

In the companies tests, the W-band hop was installed parallel to the E-band hop in an attempt to demonstrate that W-band was just as good as the latter. The firms recorded a speed of 5.7Gbps over 1.5km and 10Gbps over 1km distances.

Commenting on the trials, Jonas Hansryd, Research Manager, Microwave Systems, at Ericsson, stated that “Ericsson has a proud history of innovation with Deutsche Telekom. Two years ago, we showed for the first time the possibility to transport more than 100Gbps over a kilometre distance using millimetre wave bands. In our latest joint project, we continue on that path showing the ability to evolve today’s wireless transport by supporting additional, high-capacity backhaul spectrum for 5G and future 6G.”

As 5G takes over tech ranging from personal cellular devices to industrial machinery, it’s going to have a significant impact on the backhaul networks. In fact, according to the recent Wireless Backhaul Evolution report from ABI Research, traffic in the top 30 markets is estimated to increase to 6,268 exabytes (1 EB is equal to 1 billion gigabytes) by 2027. 5G accounts for approximately 83% of total traffic by the end of the period.

If we maintain but do not upgrade our current wireless backhaul bands, it’s reported that the majority of networks in urban areas will be congested within three years. To avert this dilemma, we need the following network upgrades:

According to Ericcson’s announcement, “Spectrum availability is critical for reliable and wider 5G deployment, ensuring that the benefits of the latest technology reach more people. 5G-enabled use cases are expected to not only enhance mobile broadband services for consumers but also speed up digital transformation and automation technologies across industries such as healthcare, manufacturing, public safety, and transportation.”