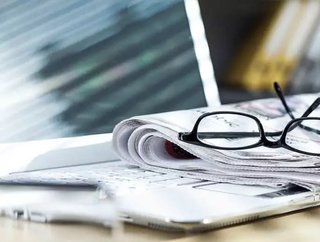 Facebook says it will invest $300mn in local news programmes, partnerships and other initiatives over the next three years in a bid to support local new...

Facebook says it will invest $300mn in local news programmes, partnerships and other initiatives over the next three years in a bid to support local newsrooms.

It comes as part of its ongoing efforts to “establish stronger ties” with the news industry through the Facebook Journalism Project.

The social media giant said that the money will go towards reporting grants for local newsrooms, promoting greater use of technology in newsrooms, as well as expanding its Accelerator pilot, which launched in the US last year to help local newsrooms with subscription and membership models.

The move comes at a difficult time for the news industry which is faced with mounting pressures including falling profits and dwindling readership.

In the US, about 1,800 local papers have closed or merged since 2004, according to data from researchers at University of North Carolina.

Elsewhere, in the UK, around 40 UK local newspapers closed in 2017, according to Press Gazette.

“There are two key areas where we hope to help: supporting local journalists and newsrooms with their news gathering needs in the immediate future; and helping local news organizations build sustainable business models, through both our product and partnership work,” Campbell Brown, VP, Global News Partnerships at Facebook wrote in a blog post.

Among the organisations to receive funds are the Pulitzer Centre, Report for America, the Knight-Lenfest Local News Transformation fund, and several others.

“But we also have an opportunity, and a responsibility, to help local news organizations grow and thrive.”

Google has similarly invested allotted $300mn to publishers as part of its own journalism initiative.