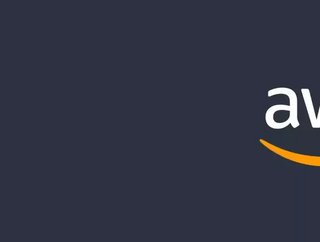 Customer obsession and working backwards from the customer is a mantra of Amazon Web Services (AWS), epitomizing its partnership with NASCAR

AWS needs no introduction to readers of Technology Magazine but we rarely get an opportunity to look closely at how it serves the sports sector. All major sports draw in a huge supporter base that they want to nurture and support. Technology is the key to every major sports organization and enabling this is the driving force for AWS, says Matt Hurst, Head of Global Sports Marketing and Communications for AWS. “In sports, as in every industry, machine learning and artificial intelligence and high performance computing are helping to usher in the next wave of technical sports innovation.”

AWS approaches sports in three principal areas. “The first is unlocking data’s potential: leagues and teams hold vast amounts of data and AWS is enabling them to analyze that data at scale and make better, more informed decisions. The second is engaging and delighting fans: with AWS fans are getting deeper insights through visually compelling on-screen graphics and interactive Second Screen experiences. And the third is rapidly improving sports performance: leagues and teams are using AWS to innovate like never before.”

Among the many global brands that partner with AWS are Germany's Bundesliga, the NFL, F1, the NHL, the PGA Tour and of course NASCAR. NASCAR has worked with AWS on its digital transformation (migrating it's 18 petabyte video archive containing 70 years of historical footage to AWS), to optimize its cloud data center operations and to enable its global brand expansion. AWS Media Services powers the NASCAR Drive mobile app, delivering broadcast-quality content for more than 80 million fans worldwide. The platform, including AWS Elemental MediaLive and AWS Elemental MediaStore, helps NASCAR provide fans instant access to the driver’s view of the race track during races, augmented by audio and a continually updated leaderboard. “And NASCAR will use our flagship machine learning service Amazon SageMaker to train deep learning models to enhance metadata and video analytics.”

Using AWS artificial intelligence and machine learning, NASCAR aims to deliver even more fan experiences that they'd never have anticipated. “Just imagine a race between Dale Earnhardt Sr and Dale Jr at Talladega! There's a bright future, and we're looking forward to working with NASCAR, helping them tap into AWS technology to continue to digitally transform, innovate and create even more fan experiences.”

Just as AWS is helping NASCAR bridge that historical gap between the legacy architecture and new technology, more customers are using AWS for machine learning than any other provider. As an example, who would have thought five years ago that NFL would be using  ML to predict and prevent injury to its players? Since 2017, the league has utilized AWS as its official cloud and ML provider for the NFL Next Gen Stats (NGS) platform, which provides real-time location data, speed, and acceleration for every player during every play on every inch of the field. “One of the most potentially revolutionary components of the NFL-AWS partnership,” says Matt Hurst, “is the development of the 'Digital Athlete,' a computer simulation model that can be used to replicate infinite scenarios within the game environment—including variations by position and environmental factors, emphasizing the league's commitment to player safety.”