How coronavirus is disrupting the tech industry 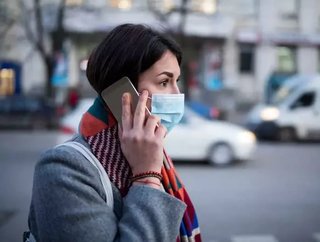 With ‘disruptive’ being the tech buzzword par excellence, there is, perhaps, a pang of schadenfreude to seeing the industry itself so disrupted by c...

With ‘disruptive’ being the tech buzzword par excellence, there is, perhaps, a pang of schadenfreude to seeing the industry itself so disrupted by coronavirus.

Perhaps the most visible source of this disruption is in the cancelling of events. The Game Developers Conference (GDC) 2020 was one of the latest casualties, “postponed” after a slow drip of exits from the likes of Sony, Microsoft and Amazon. Before that, Mobile World Congress (MWC) 2020 was cancelled entirely owing to the public health risk of transmission represented by thousands of people from across the globe milling around in one spot. Further cancellations would be far from surprising, with the government of France banning gatherings of over 5,000 people entirely.

The role of technology has come under fire itself, with social media deemed culpable for the spreading of malicious rumours about the virus’ origin, spread and potential cures. Those rumours have even been given a name by the WHO: an “infodemic”. Consequently, a number of social media giants have announced targeted programs to stop the misinformation, including Facebook, which has announced a ban on advertisements promising to cure the disease.

Then there are the fears for tech companies’ bottom-line, chiefly due to the interruption of supply chains. Apple’s schedule for the manufacture of its latest iPhones has been affected, while Microsoft has been forced into issuing a financial warning. The explanation is that the tech industry is deeply entrenched in some of the areas worst hit by the virus, particularly in the form of China and South Korea.

The industry is nothing if not resilient, however, with a number of strengths. The potential of working remotely is far more likely in the modern, digitalised workplaces common to the technology industry, for instance. With a worst case scenario meaning many may be compelled to work from home, expect virtual commutes using Microsoft Teams or Google Hangouts to become commonplace.