How is holoride turning vehicles into moving theme parks? 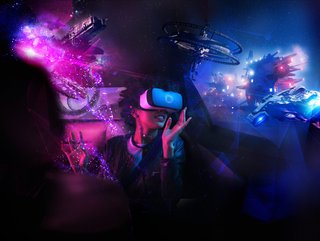 As the use of extended reality (XR) and virtual reality (VR) continue to grow, we take a look at holoride, which is creating experiences through technology

The tech startup holoride was founded at the end of 2018 in Munich, Germany by Nils Wollny, Marcus Kuehne, Daniel Profendiner and Audi, who holds a minority stake in the startup.

The company creates a new experience for passengers by connecting Extended Reality (XR) content with data points from the vehicle in real-time. These data points include physical feedback, like acceleration and steering, traffic data, as well as travel route and time. holoride technology provides a new type of immersion into any kind of VR content, creating an immersive experience, and according to the company, it also reduces motion sickness.

In April 2021, holoride raised €10mn in its Series A funding round led by Terranet AB, earning the company a €30mn valuation. That same year, holoride won the prestigious SXSW Pitch and was also named Best in Show. It has been hailed “Best of CES 2019” four times, recognised as one of the “100 Best Inventions of 2019” by TIME Magazine and is part of the global innovation platform “STARTUP AUTOBAHN powered by Plug and Play”.

Virtual Reality (VR) brings a thrill to every ride

The company has the vision of turning vehicles into moving theme parks, with the mission of adding thrill to every ride.

It has recently announced it is partnering with HTC VIVE, the premier virtual reality (VR) platform and ecosystem. Through this partnership, holoride will deploy its extended reality (XR) technology in VIVE Flow, a compact and lightweight immersive glasses device, to transport users from the backseat of a car to an imaginative world filled with content around every turn, including both VR and traditional 2D content.

VIVE Flow will be the first holoride-ready VR device for series integration in cars in the scope of the company’s market launch in the second half of 2022.

With VIVE Flow, riders can naturally navigate and maneuver through the virtual worlds with the same intuitive gestures as they would with conventional VR devices. With holoride's advanced cinema mode, individual users can privately enjoy 2D content on a virtual, motion-synchronised cinema screen.

“holoride is on a mission to create exciting in-vehicle experiences for passengers to travel the Metaverse, and that starts with putting our technology in the hands – or on the heads – of riders,” said Nils Wollny, CEO and co-founder of holoride. “VIVE Flow is the ideal device for on-the-go XR, so we are thrilled to be partnering with HTC VIVE to give riders direct access to holoride. The glasses’ sleek, portable design means riders can enjoy a fun and connected experience anywhere they go.”