JD.com to open 1,000 7Fresh supermarkets in China within five years 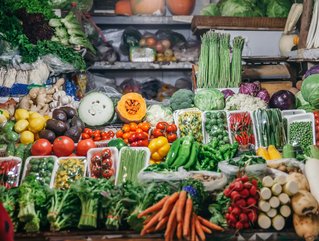 JD.com has pledged to expand its premium supermarket chain, 7Fresh, across China with 1,000 new stores planned over the next five years.

JD.com has pledged to expand its premium supermarket chain, 7Fresh, across China with 1,000 new stores planned over the next five years.

China’s second-largest e-commerce retailer said that it will launch new stores in Shanghai, Guangzhou, Shenzhen and Chengdu to promote its “boundaryless retail” strategy.

“Our goal is to expand 7Fresh supermarkets into every first and second tier city and the surrounding areas of those cities in the next three to five years,” Xiaosong Wang, Chief Executive Officer at 7Fresh, said

He noted that the tech-enabled food stores will redefine the offline retail experience “by combining best parts of fresh grocery markets and top-quality restaurants with cutting edge e-commerce technology.”

Fresh produce accounts for 70% of the store’s offering, with 20% of products sourced directly from international suppliers.

The retailer said that in addition to providing fresh food and fast delivery, it will also use big data technology to develop a complete picture of targeted customers and offer products tailored to the user’s preferences.

The stores will also feature ‘magic mirrors’ which will provide product information on a screen when they sense that customers have picked up fresh produce.

The expansion is the latest move by JD.com to bolster its ‘boundaryless retail’ strategy.

Earlier this month, JD announced that it has partnered with hotel brands such as Sheraton and Wanda to allow hotel guests to shop from their hotel rooms.