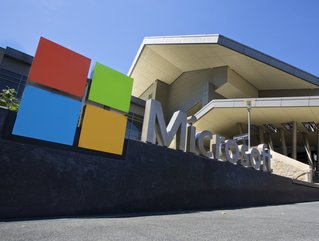 Tagging corporate strategies with the phrase “carbon neutral” has become remarkably commonplace over the past 18 months.

Tagging corporate strategies with the phrase “carbon neutral” has become remarkably commonplace over the past 18 months. While this is a positive step towards a healthier environment and the reversal of the climate crisis, pressure groups have highlighted that adding nothing to a surplus of atmospheric carbon doesn’t address the problem so much as strive to avoid making it worse.

Bucking the trend is the trillion-dollar godfather of tech, Microsoft, which announced on 16 January that it will offset the entirety of its carbon output since its founding in 1975. With the aim of reaching this goal by 2050, the firm has set a near-term goal of carbon neutrality by 2030 while cutting its carbon output by 50% by the start of the next decade.

“While the world will need to reach net zero, those of us who can afford to move faster and go further should do so. That’s why today we are announcing an ambitious goal and a new plan to reduce and ultimately remove Microsoft’s carbon footprint,” said Microsoft President Brad Smith at an event at Microsoft’s Silicon Valley campus.

“By 2030 Microsoft will be carbon negative, and by 2050 Microsoft will remove from the environment all the carbon the company has emitted either directly or by electrical consumption since it was founded in 1975.”

In an in-depth blog post, Microsoft reiterated the scientific evidence of human-inspired climate change, along with the direct correlation between economic growth, energy consumption and carbon output. The result is, of course, that carbon output must be mitigated and reversed if the environment is to cope with the world’s relentless drive towards economic growth.

Among its strategic moves to realise its ambitions, Microsoft will have shifted entirely to renewable energy sources across its data centres, buildings and campuses by 2025; its global campus operations fleet will be 100% electrified by 2030; and it will seek International Living Future Institute Zero Carbon accreditation and LEED Platinum certification.

It will also leverage its considerable influence worldwide to proliferate its four-point carbon policy that it views as significant in the world’s carbon reduction endeavours: