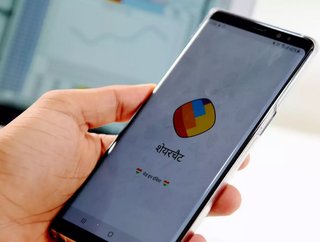 The parent company of Moj and ShareChat, Mohalla Tech, has raised $145 million as an extension of its Series F funding

Mohalla Tech, the parent company behind social media apps Moj and ShareChat, has raised an additional US$145 million at a market valuation of $2.88 billion.

"We are immensely proud of what we have been able to achieve with Moj and ShareChat in the last 12 months. We have been very fortunate to attract a bunch of very high-quality names in our series F and the list just got longer with Temasek, MSV and Mirae-Naver joining hands with us," said Ankush Sachdeva, CEO & Co-founder, Moj and ShareChat.

According to the company, investments raised this year, including the latest, will be used to double down on its plans of building an AI feed, incentivising its creator base and amplifying platform health and safety. In the past few months, the company has hired global senior executives with specialisation in AI and ML and continues to look for more such senior hires.

The continuing growth of social media

Founded in October 2015, the social media company has raised close to $911 million over seven funding rounds so far. This has helped both Moj and ShareChat to continue their growth journey, differentiate and deliver a unique social media experience. Moj has become India’s number one short video app with the highest monthly active users, with an average user time spent of 34 minutes every day, scoring over 4.5 billion views daily.

James McIntyre, Senior Managing Director and COO at MSV said, “We are excited to partner with Moj as they build India’s premier short form video platform, and have been impressed by this management team’s speed and agility in capturing the opportunity. This round will help to accelerate that growth and allow Moj and ShareChat to continue to develop the best ecosystem for content creators and consumers alike.”