Time for CIOs to embrace the on-demand workforce 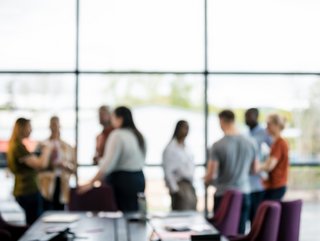 Sam Rowlands, Community Director and Co-founder, Distributed, explains the changes to a CIO’s role and the challenges in recruiting

The pandemic thrust the CIO role firmly into the limelight. In most cases, their workload was rapidly accelerated as they adapted to new challenges. Front and centre was the transition of entire workforces to hybrid and remote work – a transition which in many ways, businesses are still figuring out. As the impact of tech extends to include the management of a contingent workforce, the pressure is on for CIOs to play a heightened role in their organisation’s strategic direction.

After the reactive digital strategies of the last two years, CIOs are at a turning point. They now have an opportunity to be more proactive or address ‘technical debt’ by re-evaluating the quick fix solutions that were necessary during the pandemic. With so much on their plates, how can they achieve this? If CIOs are to deliver on new organisational goals, it starts with building the right team around them.

But amid The Great Resignation and a fierce battle for digital skills, this is perhaps one of the most prominent challenges tech leaders are facing. In this context, CIOs must consider alternative approaches to ensure they are winning this battle. Rather than exclusively paying high salaries and competing with rivals, many are exploring a more flexible model instead.

The CIO job description has changed

The CIO has traditionally been siloed, with a responsibility for overseeing the technology side of a business. But as the role of technology has increased in prominence within the enterprise and in the digital-first channels they use to engage customers, so has the role of the CIO. This means that more than ever, their responsibilities are directly linked with delivering revenue driving projects and experiences; a conclusion many businesses are coming to. And what a weight to have on their shoulders, especially when many organisations are still adapting to the post-pandemic market. This is not a job to be done alone.

There was a skills shortage before the pandemic, but a defining factor of the post-pandemic market is the labour shortage – particularly in tech roles. It’s tougher than ever for CIOs to find the talent to build in-house teams that can deliver their projects at the speed they need to keep up with competitors. This is clearly true of software developers in particular, which now account for a third of all job postings in the US.

This problem isn’t limited to the UK; we’re seeing businesses struggling to find technical talent on a global scale. In fact, recent research suggests that three in 10 developers in India have started a new job already this year, highlighting incredible churn in the industry.

This is putting employee retention strategies right to the top of the CIO’s priority list. Even in an era where the supply of digital skills is way behind demand, the fierce competition has brought workforce management into the remit of tech leadership where it wasn’t before.

The first port of call for many is to increase starting salaries. However, it’s near impossible to compete on wages, which have already skyrocketed in recent months as companies attempt to compete for the best talent. However, even companies offering high salaries are struggling to hire, demonstrating that despite inflation and rising cost-of-living, employees’ values have changed.

Now, it’s businesses offering flexibility that are winning the war for technical talent. It’s surprising how many enterprises are standing firm on this, however, given that the number of remote developer roles is reportedly decreasing.

Meeting the post-pandemic demands of the tech workforce will not only put CIOs in a better position to compete for highly skilled employees, but will open the door to alternative routes to engaging talent.

These trends show that CIOs are in the perfect position to offer flexible working arrangements to the software engineers they crave so badly. After all, the only thing that stands in the way of two employees that are miles apart from working effectively and productively, is poor technology. It’s up to CIOs to dissolve that obstacle by deploying the solutions needed to improve remote working and put other business leaders’ minds at ease. Meanwhile, employees will be happier, and candidates will be drawn to the business that’s offering them the flexibility the desire.

But with such fierce competition for tech talent, CIOs are having to look beyond methods which are now commonplace. In fact, many have extended their search outside of full-time employees and into the freelance community – where many tech professionals found themselves when searching for more independent careers. Research shows that huge swathes of tech staff left permanent jobs in search of more independent careers since the pandemic; for example, 11.2% of developers were freelancing in 2021, up from 9.5% in 2020. These are highly skilled workers, the migration of whom to a more ad-hoc working style may well have exacerbated the perceived labour shortage.

CIOs still have to access this talent and more difficult still, integrate them in a way that complements existing in-house teams and workflows. Rather than engage individual freelancers in a patchwork team that can involve lengthy recruitment processes, it is often more productive for leaders of digital projects to engage private talent clouds, such as Elastic Teams. These private talent clouds are managed communities of freelancers that allow companies more on-demand access to talent. This model gives CIOs access to global talent as required, without being burdened with additional management or recruitment duties.

If the role of the CIO had expanded in recent years, the post-pandemic period has required it to diversify even further. Although it’s the CIO that we look to for innovation, this increasingly means the efficient management and provision of the tech workforce, rather than the adoption and implementation of digital initiatives. And in a paradoxical way, as the search for skilled workers becomes more competitive, it may well be down to CIOs to innovate in order to find the talent to deliver said innovation. Tech leaders can’t pursue digital transformation without the right people behind them – it’s how they adapt to the evolving tech workforce that could determine organisational success.