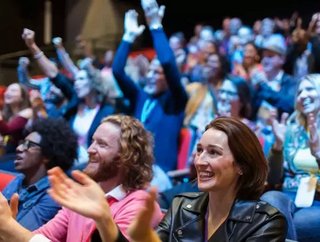 The Mobile World Congress (MWC) has whipped the tech world into a frenzy, showcasing some of the most cutting-edge technology that’s on offer in the m...

The Mobile World Congress (MWC) has whipped the tech world into a frenzy, showcasing some of the most cutting-edge technology that’s on offer in the mobile market.

The dawn of 5G

5G dominated the conversation at this year’s Mobile World Congress. The technology promises high network speeds and lower latency, increasing download speeds for consumers. It will also undoubtedly heighten interest in areas such as augmented and virtual reality, autonomous vehicles, the Internet of Things (IoT) and artificial intelligence (AI). Attending the event, Nick Ford, Chief Technologist Evangelist from Mendix, says that “5G has been the word on everyone’s lips at MWC”.

“Full scale deployment might still be a little way off, but we should still take stock of what is at stake with this evolution,” he explained. “Lower latency and faster bandwidth are just two of the advances promised by 5G, and those benefits alone will be a significant driver for wider IoT adoption across multiple industries. When IoT is intertwined with edge computing and a fast reliable network, there is huge potential for organisations to create smart applications that can tackle a myriad of critical objectives.”

Another attendee at the congress, Sal Visca, CTO at Elastic Path, is eager to see how 5G will disrupt other market verticals. “As expected, there has been a lot of buzz at Mobile World Congress this year around 5G. While, this new generation of communication provides up to 20 times more performance, it’s the other characteristics of 5G that will really change the game,” he observed.

“In terms of network efficiency, more devices can now use the spectrum much more efficiently, so billions of IoT devices can be added to the networks,” he continued. “5G may not have a tremendous impact on how we currently use our mobile phones, but it will bring more of the capabilities that are powered by cloud apps across networks that currently take seconds or many milliseconds to access (with limitations on the amount of data transmitted). This means that the power of heavily compute-based capabilities that are running on thousands of CPUs in the cloud can now essentially be brought into the palm of our hands. It will be more like having a supercomputer on your mobile devices so that compute-intensive apps and technologies such as AR/VR and AI/ML are now almost immediately accessible.

So far, 5G’S rollout has been limited. Yet, at the Mobile World Congress, several smartphone makers insisted that their devices will be ready to go to market this year such as the Huawei Mate X, Samsung Galaxy S10 5G, and the Xiaomi Mi MIX 3.

As 5G pushes the boundaries of what networks can do, edge computing has emerged as another topic trend at the event. Jeff Ready, CEO at Scale Computing, said: “From what I’m seeing at MWC, edge computing has become more important from a wide variety of angles. From telcos to IoT vendors, to AR/VR and AI — data volume and latency is driving attention to the edge and what can be done there.

“5G is all the buzz, but it is clear that the demands for lower latency and higher bandwidth are already moving beyond where this next-gen wireless tech will get us,” he contends. “Personally, I understood the need for edge computing from an IT application perspective, but I did not realize previously how these edge demands were impacting the telco space as well. It’s an area of crossover there IT and Telcos are seeing the same needs — and need the same solutions really — even if the applications themselves are different.”

Artificial intelligence: the next frontier

The rise of artificial intelligence (AI) was at the heart of many announcements at the Mobile World Congress. For instance, Accenture launched its Applied Intelligence Platform to make it easier for customers to use AI without the need for deep data science expertise.

Chris Wigley, a Partner at QuantumBlack – a McKinsey company, said that "it’s no surprise this was one of the key areas of focus for MWC this year" but that one of the "most interesting trends from MWC for me has been the increased attention on the ethical and safety side of AI."

“At QuantumBlack (McKinsey’s AI boutique), we have worked a lot on the topic of data bias," he explained. "An example, this could be facial-recognition software not working as well for women or for people of colour, because it’s been trained on a biased data set which has too many white men in it. Or we risk building a system that – because it draws on historical data that reflect historical human biases – doesn’t build in a desired change such as prioritising underrepresented groups in job applications, or moving to a fairer system for parole or stop and search decisions.To make AI work for us all as human beings, I do believe executive attention towards these topics can help create a world in which AI benefits us while minimising the risks.”

Foldable phones dominated the headlines about the Mobile World Congress, with Huawei’s mobile boss noting that the innovation marks the “biggest change” ever in the smartphone industry. The Huawei Mate X foldable smartphone and Samsung Galaxy Fold were both displayed for the first time at the event, signalling a new trend in the mobile space. Andrew Cartledge, Mobile Expert at Mobiles.co.uk, contends that foldable phones are set “to be one of the next big things in the smartphone industry.”

“In fact, research we carried out recently showed that one in five people (23%) said foldable screens were the smartphone development they’d most like to see next,” he noted. “Samsung has already unveiled its Galaxy Fold, Huawei has revealed the Mate X, and we can expect other companies to follow suit. Chinese brand Xiaomi has also teased their own take on foldable phones, and this may be the week we get to see what they have to offer.”

By offering a big screen experience which can fit neatly in your pocket, it seems that foldable phones are a trend that is here to stay.

With more technology comes greater risks and as such, security and privacy were hot topics at this years’ Mobile World Congress. The University of Iowa recently reported that a security flaw has been found in both the 4G standard and in 5G too, and therefore, Raj Samani, Chief Scientist and Fellow at McAfee, contends that we should prepare for better risks. He said: “MWC is awash with news that 2019 will be the year of 5G. Promising faster speeds and increased connectivity, the University of Iowa is right, 5G will inevitably introduce security risks to the networks people are using.

“However, what they haven’t considered, is that the risk will have far wider consequences for consumers. As the user experience becomes quicker and more seamless, people will be tempted to connect to the internet on-the-go even more, across multiple devices. The level of data being transmitted across networks and stored within the cloud will increase with these faster speeds. In turn, the number of devices being connected will grow at an exponential rate expanding the threat surface significantly.

“To ensure that data is protected in a 5G-connected world, security must be embedded at every touchpoint – from the cloud, to the network, to the router in people’s home and all connected devices.”