What is the right to repair and does it affect consumers? 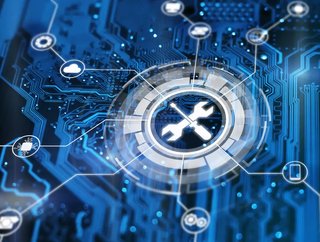 Around the world, there has been growing pressure for manufacturers to allow consumers the right to repair their own devices.

What does it mean in the UK?

Under the new rules, which came into force on July 1, manufacturers must make home products such as washing machines and dishwashers easier to repair under new standards.

Manufacturers are now legally obliged to make spare parts for products available to consumers for the first time - a new legal right for repairs - so that electrical appliances can be fixed easily. These spare parts must be made available no longer than two years after an appliance or product is put up for sale, with certain types of spare part products and fixtures expected to remain available between seven to ten years after an appliance has been discontinued.

Adam French, Which? Consumer Rights Expert, said: "Too often electrical items end up in landfill because they are either too costly or difficult to fix, so these new rules requiring manufacturers to make spare parts more widely available are a step in the right direction and should ensure products last longer and help reduce electrical waste.

"As a next step, we want the Government to extend these rules to cover more appliances, ensure the parts are available throughout the lifespan of each product and are easily affordable."

Growing pressure in the US

According to the BBC US President Joe Biden is expected to sign an executive order asking the Federal Trade Commission (FTC) to draw up rules on the repair of farming equipment.

It is suggested that the rules would prevent manufacturers from limiting consumers' options for repairing products at independent repair shops or on their own, and the presidential directive is expected to mention mobile phone developers as an area for possible regulation.

In the US, tractor manufacturer John Deere is among those who opposed the idea, saying it posed a safety risk. It has also been opposed by technology giants such as Amazon, Apple, and Microsoft, which impose limits on who can repair phones and game consoles and say independent repair could affect the security and safety of devices.

Apple co-founder Steve Wozniak has recently backed the right-to-repair movement, despite the company's opposition. "Companies inhibit [the right to repair] because it gives the companies power, control, over everything.

"It's time to start doing the right things," Wazniak said.

“Right to Repair is unstoppable and coming to a state near you. Lawmakers everywhere are seeing that Right to Repair is common sense: You buy a product, you own it, and you should be able to fix it,” Kerry Maeve Sheehan, the U.S. policy lead for the repair community iFixit, said in a press release. “With 25 states considering Right to Repair legislation in the U.S., it’s only a matter of time before Right to Repair is the law of the land.”