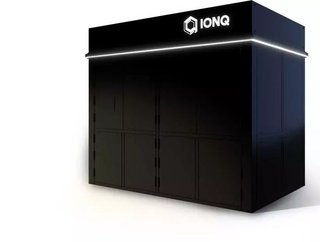 IonQ has announced it is to go public via a merger with a special purpose acquisition company in a $2bn deal...

College Park, Maryland-based IonQ is a creator of quantum computers, with its 32 qubit system self-described as the world’s most powerful.

Just as bits are the core building blocks of conventional computers, quantum bits or qubits are the basic unit of quantum computers. While conventional bits might be either a 1 or a 0, qbits can, critically, exist in a superposition of both states at the same times.

IonQ also takes advantage of moves by some of the biggest companies to offer quantum-as-a-service, with the likes of Amazon and Microsoft providing access to its hardware through their clouds.

The company has announced it is to go public via a merger with special purpose acquisition company dMY Technology Group, Inc. III in a $2bn deal, after which it will trade on the New York Stock Exchange under the symbol “IONQ”.

“This transaction advances IonQ’s mission, to solve critical problems that impact nearly every aspect of society,” said Peter Chapman, CEO and President of IonQ. “With our key strategic partners, such as Breakthrough Energy Ventures, Hyundai Motor Company and Kia Corporation, we look forward to leveraging the power of quantum computing in the fight against climate change and to solve vexing problems from materials design to logistics that impact the transportation industry.”

Quantum computing has advanced hugely in recent years. Traditionally prohibitively difficult owing to difficulties gaining access to hardware, new approaches have led the likes of Google to achieve quantum supremacy - referring to a quantum computer performing a task that could not be achieved by a conventional system.

“IonQ’s quantum computers are uniquely positioned to capture a market opportunity of approximately $65bn by 2030. Quantum computers will create value across thousands of new applications, and IonQ is poised to be the first company able to fully exploit this massive opportunity,” said Niccolo de Masi, CEO of dMY III.

The technology’s arrival has led some to fear the disruptive effect of quantum computers’ anticipated capabilities in fields such as cryptography, where, due to their highly parallel nature, they can crack encryption methods that would take conventional computers thousands of years.