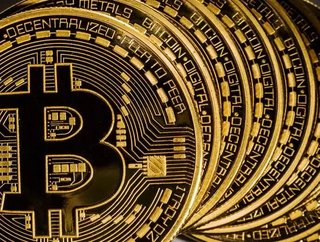 The world's most famous cryptocurrencyhit a new record high before plummeting by 20% and losing $1,000 in value in the space of four days. After hittin...

The world's most famous cryptocurrency hit a new record high before plummeting by 20% and losing $1,000 in value in the space of four days.

After hitting $5,000 on Saturday, bitcoin's demise was not helped by new Chinese regulations that banned initial coin offerings (ICOs).

In total, the value of cryptocurrencies dropped 7% in the biggest sell-off of the digital asset since mid-July, with the market losing $14bn.

In the immediate aftermath, bitcoin dropped by $250 in three hours before bouncing back slightly.

However, such peaks and troughs are not uncommon for one of the most volatile markets in the world - investors should not worry about bitcoin sliding further and not recovering.

As popularity in cryptocurrencies has grown, investors already feel like they may have missed the boat on a currency that has grown by nearly $4,000 since the start of the year.

A slight dip in value will likely not put off those looking at bitcoin, which has always rebounded strongly as lower prices signal prime investment opportunity for those wanting to get onboard.