A Closer Look Into Coinbase 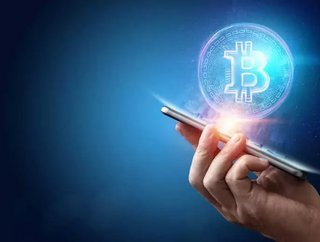 We take a look into Coinbase, a leading digital currency exchange company, who was featured in our list of the top ten technology startups, in this mont...

We take a look into Coinbase, a leading digital currency exchange company, who was featured in our list of the top ten technology startups, in this month's magazine.

Business Overview:
Founded in June of 2012, Coinbase is a digital currency wallet and platform where merchants and consumers can transact with new digital currencies like bitcoin, ethereum, and litecoin. We're based in San Francisco, California.
Bitcoin is the world's most widely used alternative currency with a total market cap of over $100 billion. The bitcoin network is made up of thousands of computers run by individuals all over the world. Digital currencies are changing how we use and think about money. Coinbase, the most trusted company in the space.

What do they offer?
Coinbase has a variety of features that make it the best place to start trading.
Manage your portfolio: Buy and sell popular digital currencies, keep track of them in the one place.
Recurring buys: Invest in cryptocurrency slowly over time by scheduling buys daily, weekly, or monthly.
Vault protection: For added security, store your funds in a vault with time delayed withdrawals.
Mobile apps: Stay on top of the markets with the Coinbase app for Android or iOS.

What is bitcoin?
Bitcoin is the world’s first widely-adopted cryptocurrency. With Bitcoin, people can securely and directly send each other digital money on the internet.

Bitcoin was created by Satoshi Nakamoto. It’s an appealingly simple concept: bitcoin is digital money that allows for secure peer-to-peer transactions on the internet.
Unlike services like Venmo and PayPal, which rely on the traditional financial system for permission to transfer money and on existing debit/credit accounts, bitcoin is decentralized: any two people, anywhere in the world, can send bitcoin to each other without the involvement of a bank, government, or other institution.
Every transaction involving Bitcoin is tracked on the blockchain, which is similar to a bank’s ledger, or log of customers’ funds going in and out of the bank. In simple terms, it’s a record of every transaction ever made using bitcoin.
Unlike a bank’s ledger, the Bitcoin blockchain is distributed across the entire network. No company, country, or third party is in control of it; and anyone can become part of that network.
There will only ever be 21 million bitcoin. This is digital money that cannot be inflated or manipulated in any way.
It isn’t necessary to buy an entire bitcoin: you can buy just a fraction of one if that’s all you want or need.

Why Coinbase?
Coinbase prides itself on being the most trusted cryptocurrency platform.

Find out more about Coinbase, here.