Digital technology and the future of fintech banking 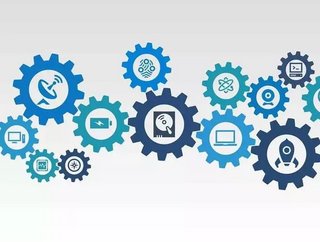 As digital technology continues its meteoric rise, with no sign of slowing down, the old establishments are having to adapt quickly to compete with the...

As digital technology continues its meteoric rise, with no sign of slowing down, the old establishments are having to adapt quickly to compete with the new kids on the block.

In financial services especially, rapid growth among fintech companies has meant many banks have taken on partnerships and collaborated with fintechs in order to innovate and offer new products and services to their customers. With such speedy growth among fintechs, now could be a shrewd time to buy stocks. In fact, some experts consider it to be among the best long-term opportunities for growth.

Fintechs need the traditional banks too though, after all, they have established large customer bases, and longevity of customer relationships over many decades. This symbiotic relationship between fintechs and banks has been called neo banking and is believed to represent the dawning of a whole new era in financial services.

Innovations such as the Dave banking app have been welcomed by 3.5 million customers. Dave enables it’s users to keep a check on their finances and also warns them if they are about to go overdrawn. What’s more, it lets them borrow an additional $100 to cover urgent essentials such as groceries without incurring any overdraft fees.

Fintechs enable the established banks to operate more nimbly, as instead of the old legacy infrastructure which can curtail innovation, they can partner with fintechs to build rapid new solutions to support customers’ changing needs. For example, banks are realising SME customers want support with things like invoicing software, cash flow systems, and payment gateways. Fintechs are enabling banks to develop service offerings that deliver on customers rapidly changing demands in an innovative way. In this way the fintechs, or neo banks, are expanding more traditional banking services in a way that was not previously possible. Mastercard has identified the SME market as a particularly big growth area for fintech, as small business owners demand more from traditional banks.

Three of the most successful players in Fintech to consider as an investment include;

This electronic signature specialist supports long-distance transactions, ensuring compliance for all manner of businesses including banks, mortgage providers and real estate agencies. According to the ABA (American Bankers Association) the digital lending market is worth $1 trillion. With over ¼ increase in customers and a 37% increase in revenue year on year for the first quarter, signs look positive for DocuSign.

Alibaba is a massive player in e-commerce. It owns 1/3 of Ant Financial, previously called Alipay, and may be worth as much as $100 billion if it became a separate organization. The US and China trade wars also mean this Chinese company’s stock could be picked up at a bargain price just now, so it could be one to watch.

This card and digital payments processor just struck a $22 billion deal to acquire Total System Services. The deal means Global Payment Systems will have a combined customer base of 3.5 million merchants handling $50 billion payments per annum. It is expected the deal will create $100 million in revenue synergies and $300 million in cost savings.

With so much successful growth in the fintech market, now is a really good time to consider adding some fintech providers to your portfolio.