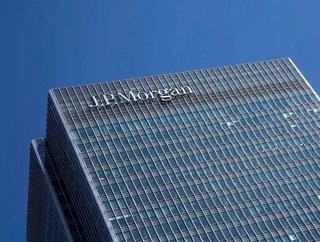 According to the Financial Times, JPMorgan is considering spinning off its blockchain project known as Quorum as a separate company, citing people famil...

According to the Financial Times, JPMorgan is considering spinning off its blockchain project known as Quorum as a separate company, citing people familiar with the matter.

Allegedly, this is being explored as JPMorgan feels that Quorum’s independence could increase the platform’s brand appeal when disconnected with the bank.

Quorum has already attracted attention due to being a blockchain platform that is open source and thereby can be modified and distributed, allowing creators to utilize the platform to build a range of business applications.

“We continue to believe distributed ledger technology will play a transformative role in business which is why we are actively building multiple blockchain solutions,” JPMorgan said in response to the emergence of the news.

“We’re not going to comment on speculation, but Quorum has become an extremely successful enterprise platform even beyond financial services and we’re excited about its potential.”

JPMorgan is just one of a number of leading banks that have looked to utilize blockchain technology in recent times. Earlier this month, Credit Suisse and ING completed a $30mn live lending securities transaction using blockchain, marking a significant milestone for the technology within the financial sector.

Further, global players are also looking towards adopting blockchain, with reports last week having suggested that Google is planning to launch its own blockchain initiative as a way of differentiating its cloud computing business from its competitors.

For more information about the versatility of blockchain, see Beyond cryptocurrency: Eight alternative uses of blockchain.