Okta appoint Sagnik Nandy as President of Technology and CTO 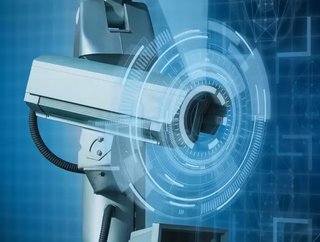 Nandy comes to Okta after 15 successful years at Google and has built himself an industry reputation for effectively leading development teams and delivering engineering solutions at scale.

Discussing his appointment, McKinnon said: “Okta’s vision is to enable everyone to safely use any technology. We’re driven to bring simple and secure digital access to people and organizations everywhere, and with Sagnik at the helm of our technology team, we’re deepening our investment and further asserting the importance of identity.”

As Okta’s new President of Technology and CTO, Nandy will lead the company’s engineering and business technology functions. He will also be responsible for the strategic planning of product development activities.

“I’m excited to build on Okta’s already strong foundation and lead the talented team responsible for the future of development and innovation at the company,” said Nandy.

Most recently, Nandy was Vice President of Engineering Google. In this role, he oversaw several critical components of Google’s core advertising business, the backbone of the company’s growth and revenue.

In his several leadership roles, Nandy gained expertise in end-to-end enterprise technology development and design as well as in people leadership.

With his background and PhD in Computer Science and Engineering, Otka were keen to get Nandy on board to support its team. McKinnon explained it was this knowledge base and skill set which drew his attention to Nandy.

“As an engineer at heart and by trade, I have a special appreciation for Sagnik’s impressive background and depth across enterprise software development, cloud infrastructure, and business-critical systems,” McKinnon explained.

Adding to this, Mckinnon said it was Nandy’s strong team-building skills and his respect for people and culture within a company that made him the perfect candidate to “further extend Okta’s technology and market leadership and drive our next phase of innovation.”