The pros and cons of building or buying IT infrastructure 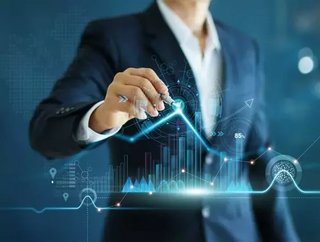 We weigh up the benefits and challenges of two approaches to developing IT infrastructure to understand the situations in which each is appropriate...

It’s fair to say that the ‘buy versus build’ debate has been thoroughly upended by the emergence of cloud software offered on a software-as-a-service (SaaS) basis.

The opportunity represented by that model involves replacing capital expenditure with an operational alternative, trading expensive startup costs for a proven product on a subscription basis.

The ground is muddied somewhat by the presence of open-source frameworks that might do a lot of the heavy lifting of a custom built-solution. As consultants Help 4 Access puts it: “Your custom solution should be about half made up of what is essentially a packaged application. How so? An experienced developer will have built enough applications on your database platform to have accumulated a library of well-tested, finely programmed functional modules.”

Regardless, despite such advances bringing the concepts of buying and building somewhat closer together, the two approaches retain a distinct set of pros and cons.

The build side of the equation gains more prominence in specialist cases where there simply isn’t a solution on the market. Enterprise software giants such as SAP built their success on the universal applicability of enterprise resource planning software, but businesses in different fields naturally require more specialised solutions.

That was the case with Goldwagen, a South Africa-based automotive parts distributor and franchise group. Its Chief Information Officer Shayne Turley told us how software developed in-house addressed a number of business critical issues.

“Another milestone is that most of the systems we currently have in place have been developed in-house, from the operating system all the way through to the point-of-sale (POS) system to stock management at stores,” he said.

“Previously, different stores were using different versions of the mandated software. By centralising our systems and processes, we can now see what version of the software our franchisees are working on and automatically update it where necessary. By controlling which version of the software is being used, we are also able to quickly and easily identify and resolve any problems. We are further able to send out a fix to all our franchisees if necessary.”

Emerging economies may also benefit from maintaining an internal software house, due to the prohibitive costs of pre-made solutions versus the relatively lower costs of hiring software developers. We’ve previously profiled the likes of Merchantrade Asia, which operates in the Malaysian financial services industry and provides a broad and diverse range of products.

Such an offering has required the building of a strong internal development team, with some of the company’s most crucial systems, its customer facing applications, developed internally - as Chief Technology Officer (CTO) Zainol Zainuddin explained: “Merchantrade actually owns a software house, and most of our applications are built in-house. I have about 120 developers under me, who build the majority of our applications under the Microsoft technology stack. Progressive Web Apps are one interesting technology that we are looking at, so that whenever we build an application it can be platform agnostic.”

That’s far from the end of the story, however, with some situations mandate the buying rather than building of software.

A White Paper sponsored by software company Mobysoft outlined the superiority of a circumstantial approach to the problem, saying: “This ‘build or buy’ question is one that companies have had to grapple with since the advent of computing and, with the fast pace of business digitisation, this decision is becoming ever more important to get right. There is no straightforward or generic answer to the ‘build versus buy’ question. Instead, it is something that needs to be dealt with on a case-by-case basis.”

“To make the correct decision, it requires a deep understanding of the areas impacted by that final choice. Buy or build comes down to some fundamental factors such as timing, costs and available resources. It also is dependent on other criteria such as the type of software; some software requires highly specialised knowledge to build, or requires deep knowledge of web security, for example.“

Another barrier to building software comes from the well documented lack of necessary talent across the globe, with IT modernisation projects and the move away from legacy systems hampered by a deficit in those able to work in agile DevOps teams.

It is for this reason that the most successful companies inevitably choose a blend of the two approaches, switching between both in an agile manner to provide the best infrastructure, rather than dogmatically sticking to either pole.

That was certainly what we heard from Indonesian technology unicorn Gojek when we spoke to them, with Chief Information Security Officer George Do clueing us in to what it takes to operate a super app with services ranging from ride-hailing to food delivery. “Leverage the cloud-native tools that are available to you,” said Do. “Don't try to boil the ocean and create your own tools, because some of those will already be at your fingertips. The second thing is finding a good balance between what we build internally, in-house or open-source, versus what we buy commercially. It’s important to pragmatically select a ‘build versus buy’ option based on the security use case and return on investment.”

The somewhat unsatisfying answer to the debate, then, is that it depends. Those in charge of the purse strings must factor in considerations ranging from talent availability to whether a pre-built solution exists in order to secure the best IT infrastructure possible.