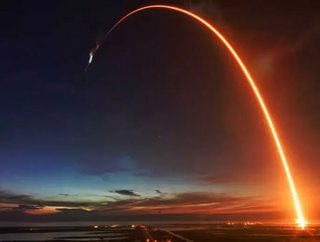 Aerospace manufacturer Rocket Lab has announced plans for reusing the first stage of its Electron rocket. The company, which specialises in the launchi...

Aerospace manufacturer Rocket Lab has announced plans for reusing the first stage of its Electron rocket.

The company, which specialises in the launching of small satellites into orbit, launched the first commercial flight of its Electron rocket in November 2018, with work on the reuse program beginning around the same time.

Only the first stage of the rocket is planned for reuse, with the company first testing recovery from the sea before attempting to recover the stage mid-air via helicopter.

Rocket Lab Founder and Chief Executive Peter Beck said: “From day one Rocket Lab’s mission has been to provide frequent and reliable access to orbit for small satellites. Having delivered on this with Electron launching satellites to orbit almost every month, we’re now establishing the reusability program to further increase launch frequency.

“Reusing the stage of a small launch vehicle is a complex challenge, as there’s little mass margin to dedicate to recovery systems. For a long time we said we wouldn’t pursue reusability for this very reason, but we’ve been able to develop the technology that could make recovery feasible for Electron. We’re excited to put that technology into practice with a stage recovery attempt in the coming year.”

In its press release, Rocket Lab highlighted the possibility of reduced time between launches owing to the shared use of the first stage between missions.