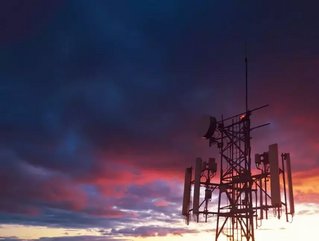 Samsung Electronics has won a $6.64bn order for 5G infrastructure from US telecommunications giant Verizon...

Samsung Electronics has won a $6.64bn order for 5G infrastructure from US telecommunications giant Verizon.

According to Reuters, the order is for networking equipment, though specific details of the technology involved were left unrevealed. The contract runs from 30 June 2020 to 31 December 2025.

“With this latest long-term strategic contract, we will continue to push the boundaries of 5G innovation to enhance mobile experiences for Verizon’s customers,” Samsung said in a statement.

The announcement is part of a longer term 5G partnership between the two companies. Back in February, the two, alongside Motorola Mobility and Qualcomm, announced the achievement of speeds of 4.2 Gbps on its live 5G network, far faster than average speeds of between 100-200 Mbps.

In a press release at the time, Adam Koeppe, Senior Vice President of Technology Planning at Verizon, said: “We continue to innovate and introduce advanced technologies on our 5G network that will help us reach never-before seen mobile capabilities and create new and exciting use cases across the consumer and enterprise landscape. Using 5G carrier aggregation, we are able to achieve unprecedented mobile speeds and bring the massive bandwidth available with mmWave spectrum to life.”

The initiative represents a part of the movement to create 5G networking infrastructure without the involvement of the market leading Chinese tech giant Huawei, which has been banned in many countries. That’s due to a perceived closeness of the company to the Chinese state, and ensuing pressure from the United States for its allies to divest from the technology for national security reasons.

A race to fill the gap has accordingly begun, with figures from marketing research firm Dell’Oro Group suggesting that Huawei had a 28% share of the global telecommunications equipment market in 2019, leaving large shoes for companies such as Samsung to fill.