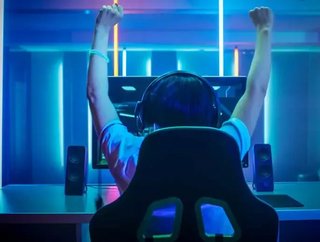 South Korea’s largest telecommunications company, SK Telecom, is partnering with the US’s Comcast to form an esports joint venture. In a Korean lan...

In a Korean language press release, the company set out the terms of the deal, with SK Telecom holding a 55% stake in the joint venture, which is to be named SK Telecom CS T1, or T1 for short. Comcast and investment fund Highland Capital are investing a combined $41mn in the endeavour. Comcast’s pre-existing esports team Philadelphia Fusion is not affected.

The new company will act as a stable for existing esports teams including the highly successful SK Telecom T1 League of Legends team, which has won three world championships. From a base of three, T1 is said to be targeting an expansion to 10 teams, covering games such as Hearthstone, Fortnite and PUBG, with teams located both in Korea and the US, particularly the cities of Seoul, Philadelphia and Los Angeles.

As Korea Times reported, the Seoul-based side of the joint venture  will also be exploring other esports related business models. With Goldman Sachs expecting the esports market to be worth $3bn by 2022 (up from $869mn in 2018), the two telecoms companies are no doubt hoping to exploit their communications nous to reap the rewards of such growth.

The move is a development of the partnership struck up back in February between Comcast Spectacor, the sports and entertainment subsidiary that owns hockey team the Philadelphia Flyers among others, and SK Telecom. At the time, SK Telecom’s CEO Park Jung-Ho said: “We are delighted to announce the joint venture with Comcast Spectacor. We at SK Telecom feel that esports is becoming increasingly more popular, especially among the young generation. We have thus founded T1 in 2004 and made the number one team in Korea. Together with Comcast Spectacor, we hope to become the global number one team.”