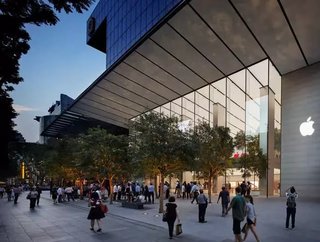 Newer lines of business such as Apple Pay, the App Store and Apple Music were the main growth drivers.

The news sent its stock surging more than 6% in after-hours trade.

The Services unit, which includes Apple Pay, the App Store and Apple Music reported sales of nearly $7.3bn during the three months to the end of June, a rise of 22% on the same period last year.

2017 is a big year for Apple as the iPhone celebrates its 10th anniversary. Over 1.2bn devices have been sold over the last decade

Apple is expected to launch new and updated versions of the iPhone next month, with many consumers holding off on new purchases in anticipation.

Despite this Apple said the number of iPhones sold in the quarter increased a solid 2% year-on-year, driven by strong demand in markets such as Latin America and the Middle East.

The growth lifted revenue from iPhones, which account for the bulk of the company's sales, by 3% to $24.8bn.

The Americas and Europe also posted strong double-digit growth, which helped to sustain Apple’s performance in the June quarter.

However, China remains a problem, with revenues down 10% year-on-year to slightly more than $8bn.

Competition from local firms such as Huawei and Oppo, as well as dealing with China’s strict censorship laws, have caused Apple to lose market share in the country.

The firm recently removed a number of apps from the App Store in response to China’s regulations, something that the CEO also addressed.

“We would obviously rather not remove the apps," he said. "We're hopeful that over time the restrictions we're seeing are loosened because innovation really requires freedom to collaborate and communicate.”