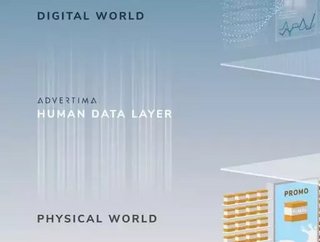 For the grocery industry, the company’s solutions include smart inventory management and autonomous checkout with digital screens. It frames the ongoing COVID-19 pandemic and its effect on physical stores as further necessitating their digitisation.

Launched in 2016, the company previously raised CHF8.2mn in a seed round back in 2017. Their latest Series A, announced today, has seen the company raise $15mn led by Swiss real estate company Fortimo Group.

In the press release, Advertima Co-Founder and CEO Iman Nahvi said: “We’ll be investing €25 million in the further development of our smart retail solutions over the next two years. €10 million of this investment will be financed by our own revenues so this €15 million round is a crucial milestone to help us achieve our vision for how the world will look by 2030.

“We see a world where the physical and digital layers are merged to enhance our daily professional and private lives. Advertima’s Human Data Layer will be one of the irreplaceable components in this whole ecosystem of applications and technologies that will build the foundation of our future lives.”

The company said it would use the funds to further develop its platform globally, while strengthening its position in the smart retail industry.

“It is clear that the rapid digitalisation of our society is going to have an impact on consumer habits, especially in the retail sector,” says Fortimo Group Founder Remo Bienz. “Advertima is at the cutting-edge of technology in the retail space. As a long-standing shareholder, we know how visionary their technology is, but also how it has been successfully adopted by major, global organisations and already generated significant revenues. We’re excited to be part of Advertima’s journey.”