AI, iPlayer and the future of content: An interview with the BBC’s Head of Digital Partnerships 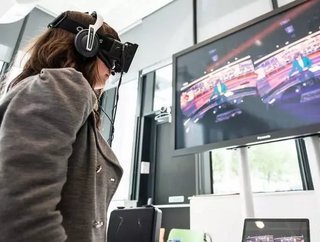 The BBC has bold ambitions for digital content consumption. By 2020, it wants to double its audience reach through its enormously successful iPlayer pla...

The BBC has bold ambitions for digital content consumption. By 2020, it wants to double its audience reach through its enormously successful iPlayer platform, and quadruple the amount of time users spend per visit.

No mean task. As Head of Digital Partnerships at the BBC, Cyrus Saihan is responsible for leveraging third party innovation in order to create and distribute such content in new ways.

“We are always looking for new ways that we can use new technologies to deliver new audience experiences,” he told Gigabit magazine. “One recent project that I led was a proof of concept that lets you log in to the BBC’s digital services using your unique voiceprint instead of having to type in a password.

“We worked with Microsoft on this internal experiment, using their artificial intelligence technologies to help identify a user’s voice. As well as letting a user sign in to BBC services using their unique voice instead of a standard password, our prototype also gave a user the option to select want they want to watch by talking to their device.

“For example, saying “BBC…show me something funny” brings up a selection of comedy programmes and saying “BBC…what’s going on in the world?” starts playing the BBC News channel.”

Saihan added that the BBC is still in the infant stages of this project, but hinted at a future whereby conversations with a TV could lead to accurate, tailored programme suggestions.

Further still, he also discussed his personal interest in augmented reality and the merging of digital content with the real world. “Instead of taking your smartphone out of your pocket to see the latest news headlines, you might be able to simply see the headlines projected directly in front of you as you walk down the street.”

For more on this and how the BBC approaches digital innovation, look out for the full interview in Gigabit magazine at the turn of the year.