AI steps up in the battle against Coronavirus 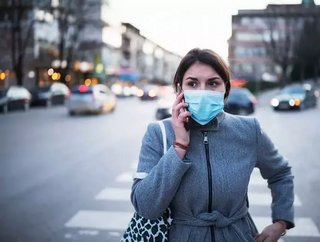 Wetakea look into how artificial intelligence is aiding the fight against the coronavirus pandemic, how effective will AI prove to be? Artificial intel...

We take a look into how artificial intelligence is aiding the fight against the coronavirus pandemic, how effective will AI prove to be?

Artificial intelligence may have been hyped - but when it comes to medicine, it already has a proven track record.

So can machine learning innovation rise to this challenge of finding a cure for this terrible disease?

Oxford-based Exscientia, the first to put an AI-discovered drug into human trial, is trawling through 15,000 drugs held by the Scripps research institute, in California. And Healx, a Cambridge company set up by Viagra co-inventor Dr David Brown, has repurposed its AI system developed to find drugs for rare diseases.

The system is divided into three parts that:

Drug discovery has traditionally been slow, but AI is providing much faster results.

Healx hopes to turn that information into a list of drug candidates by May and is already in talks with labs to take those predictions into clinical trials.

For those working in the field of AI drug discovery, there are two options when it comes to coronavirus; find an entirely new drug but wait a couple of years for it to be approved as safe for use or repurpose existing drugs.

But, Dr Brown said, it was extremely unlikely one single drug would be the answer.

And for Healx, that means a detailed analysis of the eight million possible pairs and 10.5 billion triple-drug combinations stemming from the 4,000 approved drugs on the market.

Normally, just getting them all to work together would take "a year of paperwork", said Scipher's chief executive Alif Saleh.

But a series of Zoom calls with a "group of people with an unprecedented determination to get things done, not to mention a lot of time on their hands" sped things up.

"The last three weeks would normally take half a year. Everyone dropped everything," he said.

Already, their research has yielded surprising results, including:

Schiefer Medicine combines AI with something it calls network medicine - a method that views a disease via the complex interactions among molecular components.

"A disease phenotype is rarely due to malfunction of one gene or protein on its own - nature is not that simple - but the result of a cascading effect in a network of interactions between several proteins," Mr Saleh said.

Using network medicine, AI and a fusion of the two has led the consortium to identify 81 potential drugs that could help.

"AI can do a little better, not only looking at higher-order correlations but little bits of independent information that traditional network medicine might miss," said Prof Albert-Laszlo Barabasi.

But AI technology alone would not have worked, they needed all three approaches.