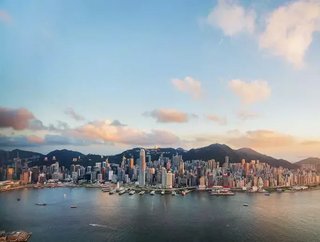 Hong Kong-based SenseTime, the world’s most valuable AI startup, and Alibaba’s Hong Kong Entrepreneurs fund have provided a significant boost to the...

Hong Kong-based SenseTime, the world’s most valuable AI startup, and Alibaba’s Hong Kong Entrepreneurs fund have provided a significant boost to the city’s tech ambitions by jointly committing to the creation of a new AI lab.

Set to be named the HK AI Lab, the aim is for the hub to lay the foundations for the development of a thriving AI community, attracting and promoting innovators and startups within the region.

“Alibaba sees AI as a fundamental technology that will make a difference to society,” Alibaba executive Vice Chairman Joe Tsai said, according to TechCrunch. “We envision the Hong Kong AI Lab to be an open platform where researchers, startups and industry participants can collaborate and build a culture of innovation.”

The lab, fitted with supercomputers and state of the art technology such as Alibaba Cloud’s machine learning platform and SenseTime’s deep learning platform, will offer an open source philosophy - beneficial to all parties involved.

Alibaba became the lead investor in SenseTime last month after the firm secured $600mn in Series C investment, valuing the company at $4.5bn, despite having been founded just four years earlier.

In addition to its collaborations with Alibaba, SenseTime has been working closely with Qualcomm, Honda and the Massachusetts Institute of Technology (MIT) in developing its AI solutions, largely offering AI-powered facial recognition technologies.