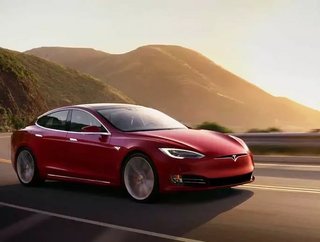 As Tesla’s stock price soars, eclipsing that of fellow car manufacturers, it’s worth asking whether Tesla can be judged by the same standards. This...

As Tesla’s stock price soars, eclipsing that of fellow car manufacturers, it’s worth asking whether Tesla can be judged by the same standards.

This has been a good year for Tesla, with an unexpected profit achieved in the third quarter. It opened a Chinese Gigafactory to serve the Asian market and announced a further ‘Gigafactory 4’ to be constructed near Berlin.

The news means that Tesla is now the second most valuable car manufacturer in the world, behind only Toyota. What’s strange about that is the miniscule number of cars it sells - 250,000 in the last year compared to Toyota’s 8.98mn and Volkswagen’s 10.81mn. It might be said that Tesla is in some ways closer to a luxury car manufacturer owing to its reputation and the fact its electric only models are inaccessible to many, but it’s valuation blows the $32bn Ferrari out of the water.

A better comparison might be found in America’s tech giants. Though a long way off the $1trn valuation recently achieved by Google’s parent Alphabet, its products have many of the hallmarks of modern technology such as over-the-air software updates.

What is evident is that, regardless of whether it’s a car or a tech firm, Tesla is unusual. Musk is well known for his social media antics, costing him his role as Tesla’s chairman, for instance.

And Tesla’s ambitions don’t stop at $100bn. Elon Musk’s pay is explicitly tied to Tesla’s success. Every $50bn the company increments in value in the next ten years will see Musk receive increased remuneration, topping out at $50bn if the company is worth $650bn by 2028. Such ambition can only suggest that Tesla does not see itself as playing by the same rules as the established car giants, instead longing to rub shoulders with the Apples, Microsofts, Amazons and Googles of the world.