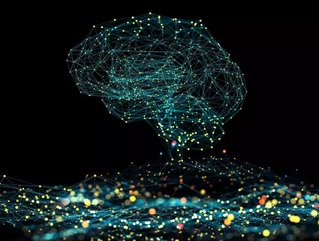 Elon Musk’s neurotechnology company Neuralink, which is developing a brain-machine interface, is to demonstrate a product later today...

Elon Musk’s neurotechnology company Neuralink, which is developing a brain-machine interface, is to demonstrate a product later today.

Neuralink last made itself known to the public this time last year, with a video event and a scientific report. The report outlined the company’s approach, saying: “Brain-machine interfaces (BMIs) hold promise for the restoration of sensory and motor function and the treatment of neurological disorders [...]. We have built arrays of small and flexible electrode “threads”, with as many as 3,072 electrodes per array distributed across 96 threads. We have also built a neurosurgical robot capable of inserting six threads (192 electrodes) per minute.”

These threads are intended to connect to a wireless device that goes behind the ear and communicates with one’s phone.

Neuralink is far from alone in the space, with competitors including Facebook’s CTRL-Labs. Their product - in contrast to Neuralink - is non-invasive, taking the form of an armband with potential uses as a virtual reality control system.

We have also previously spoken to MindMaze, a company with a present focus on neurorehabilitation that nevertheless also imagines a human-machine interface in the future.

The webcast is scheduled for 3PM Pacific Time today, with Elon Musk promising a “working” neuralink device. He further tweeted that the demonstration would reveal a second version of its neurosurgery robot which performs the implant, and that previous remarks he had made about the implantation eventually being as easy as laser eye surgery could be realised “in a few years.”

It’s been a successful year for Musk, who has his finger in many pies. Electric car manufacturer Tesla has just achieved a $400bn market capitalisation, while SpaceX successfully carried Astronauts to and from the International Space Station and successfully tested its reusable Starship rocket. No doubt Musk is hoping that the Neuralink demonstration goes off as smoothly.