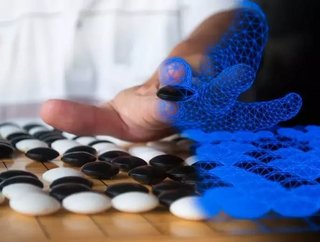 Google’s AI subsidiary DeepMind has unveiled the latest version of its AlphaGo software, the program that was used to beat a number ofGo gaming champi...

Google’s AI subsidiary DeepMind has unveiled the latest version of its AlphaGo software, the program that was used to beat a number of Go gaming champions earlier in the year.

The new software named AlphaGo Zero was able to defeat the previous AlphaGo by 100 games to 0 after just three days of self-play training, later consistently outperforming the AlphaGo Master that had defeated the world’s best players after 40 days.

However, although the new AlphaGo Zero software outperforming its previous models showed progress, the key difference is that it did this entirely through reinforced learning, with it having had no prior knowledge about the game.

The system began as a neural network, then playing games against itself whilst combing the neural network with a powerful search algorithm, updating the network to predict moves and sequences.

The software is somewhat ground-breaking in the way of AI, as the technology is no longer constrained by human knowledge.

"By not using human data — by not using human expertise in any fashion — we've actually removed the constraints of human knowledge," said David Silver, AlphaGo Zero's lead programmer, at a press conference. "It's therefore able to create knowledge itself from first principles; from a blank slate. This enables it to be much more powerful than previous versions."

The result is that DeepMind is considerably closer to creating general purpose algorithms for AI, something that will allow machines to tackle some of the hardest problems in science, medicine and other.

With such evident progress, DeepMind is now lining up the technology for use in protein folding, the reduction of energy consumption and developing revolutionary materials.