How Baidu has quietly become a global AI leader 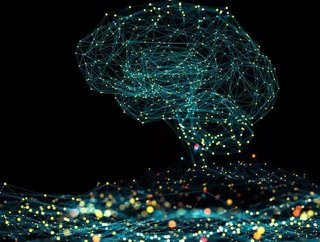 When thinking of AI powerhouses, the buzz tends to be around the large western technology companies such as Amazon or Google. British Alphabet subsidia...

When thinking of AI powerhouses, the buzz tends to be around the large western technology companies such as Amazon or Google.

British Alphabet subsidiary DeepMind has made huge strides in the field of machine learning, for instance, with its AlphaGo software beating master Go player Lee Sedol in a best of five at the game, which is many times more complex than chess.

Chinese companies cannot be discounted however, with giants like Alibaba and Tencent being huge players in both AI and the wider technology scene.

Technology company Baidu is another example, operating one of the world’s most popular search engines and serving in many ways as a Chinese analogue to Google.

Similar to Alphabet’s DeepMind, Baidu runs an active AI research division, which has resulted in a number of breakthroughs. In a blog post, the company summarised the work it had achieved in the course of 2019. One feature allows the company’s Baidu Maps application to synthesise the voice of the user after hearing just 20 sentences spoken aloud. Another saw continuous communication implemented in its smart speakers, meaning the wake word didn’t have to be repeatedly used unnecessarily.

Baidu CTO Haifeng Wang said in the post, “like the core technologies of the previous industrial revolutions, AI is highly generalized, showing the characteristics of industrial production, such as standardization, automation and modularity.”

Quantifying Baidu’s advancement compared to other companies is tricky. However, one metric is the General Language Understanding Evaluation (GLUE), which ranks approaches to AI language understanding. At the tail end of last year, Baidu topped this list, beating out competition from Google and Microsoft to become the first model to achieve a 90. Among other solutions, it also outperformed a human benchmark.