How can we ensure individuals aren’t left behind by the rise of AI? 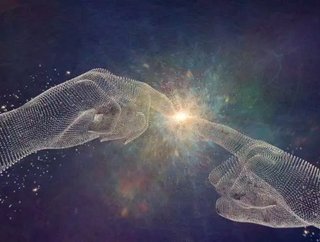 Towards the end of the 18th century, mechanisation through water and steam power kickstarted the first industrial revolution, changing how goods were ma...

Towards the end of the 18th century, mechanisation through water and steam power kickstarted the first industrial revolution, changing how goods were manufactured. Following this, electricity and assembly lines allowed mass production to become possible, while, in the 1970s, the adoption of computers and automation facilitated the programming of machines and networks and precipitated the third industrial revolution.

We now stand at the brink of the fourth industrial revolution, in which physical and digital technologies are combining through analytics, artificial intelligence, cognitive technologies, and the Internet of Things (IoT) to form intelligent networks along the entire value chain that can control each other autonomously and carry out more informed decision-making than ever before. Digital enterprises can communicate, analyse, and use data to drive intelligent action in the physical world.

The sea change is already beginning, with artificial intelligence all around us, from self-driving cars and drones to ‘smart’ chatbots being utilised in customer service systems. Meanwhile, we are seeing an increase in automated decision-making on big data and the context within it. This revolution is bringing smart, connected technology not just to business, but to our daily lives, contributing to upturns in productivity, and having the potential to transform the nature of work— and perhaps even society— as we know it.

As with the revolutions that came before it, the fourth industrial revolution has the potential to raise global income levels and improve the quality of life for people worldwide. There would be long-term gains in efficiency, productivity and accuracy, with transportation and communication costs likely to drop, logistics and global supply chains to become more effective, and the cost of trade to diminish, all of which will create new markets and drive economic growth.

However, the revolution also holds the threat of causing greater inequality. As automation replaces labour across the economy, workers face losing their jobs to machines, with intelligent tech threatening the livelihoods of billions. The implications of Industry 4.0 will therefore depend upon what action is taken by global leaders to ensure that all may reap the benefits of new technology and find safe and rewarding jobs.

The state of play

While smart technology will affect all sectors of the economy to some degree, not every job is equally at risk. Occupations most threatened by automated systems are those involving predictable patterns of repetitive activities, which can be replicated more easily through machine-learning algorithms. These include industries involving large numbers of manual tasks requiring physical exertion, as well as routine admin tasks, repetitive decision-making or basic problem-solving.

Conversely, those occupations least at risk are those that share a level of expertise that is acquired after years of study, or that require a level of human interaction that could need more years for computer programmes to replicate.

This will mean low-skill workers will be redeployed to tasks not as susceptible to computerisation, such as those demanding creative and social intelligence. However, in the long run, automation is predicted to lead to increased productivity and a workforce that isn't required to do some of the more mindless tasks.

Developing nations are predicted to be worst hit, since their economies currently have a greater composition of industries prioritising more manual tasks. A report carried out by the International Labour Organisation suggested that 56 per cent of workers across Cambodia, Indonesia, the Philippines, Thailand and Vietnam could be replaced by intelligent systems, while, in comparison, a study carried out in early 2017 by PwC estimated that robots could take up to 30 per cent of UK jobs.

It is evident, therefore, that Industry 4.0 could cause a further entrenchment of pre-existing societal inequalities, and a growing gap between those unaffected by the changes and those displaced by them. Talent, more than capital, is predicted by experts to be set to become the critical factor of production, which will give rise to a job market increasingly segregated into ‘low-skill/low-pay’ and ‘high-skill/high-pay’ segments, which will then contribute to an increase in social tensions.

Historically, industrial revolutions have always begun with greater inequality leading to periods of political and institutional change. The industrial revolution at the beginning of the 19th century, for example, caused a large polarisation of wealth and power, but after that came around a century of developments that included the growth of democracy and increased power of the people through trade unions, the development of social safety nets and progressive taxation systems.

While the fourth industrial revolution will inevitably cause some social unrest, the positive impacts of new technologies must not be ignored. Increased automation will allow new roles to be created in order to maintain the new systems that will be developed. In order to capitalise on the next industrial revolution, then, we need to ensure that we are best positioned to adapt to the creation of new jobs and the reprioritisation of new skills within the workforce.

An overhaul of education

The first point of action will be through our education system; we will need to educate and train students so that they can adapt to take up positions within these new smart systems. This will require a shift to focus on STEM (Science, Technology, Engineering, Maths) subjects so that there are a greater number of workers with the skills needed to work with AI systems.

People will also need to be better prepared for the flexibility and critical thinking skills that will be looked for in human employers in the workplace of the future. Subjects that boost creativity, social and emotional intelligence will need to be encouraged, since humans will remain more able to carry out tasks involving these skills than smart systems for the foreseeable future.

Changing the workplace as we know it

As well as tackling skills through earlier education changes, employers will need to retrain or upskill their current employees through training or skills courses. Companies must implement methods for supporting displaced individuals to help them transition if their role is made redundant. This might involve internal redeployment or an external move.

Ultimately, the fourth industrial revolution holds the potential to change society hugely, bringing opportunities for marked developments in efficiency and productivity. This will be finely balanced against its potential for exacerbating the inequalities currently prevalent within society— a potential that is fuelled further by the growth of big global technology powers with access to more data, which may take more aggressive AI approaches. It is vital that the leaders of today ensure that this revolutionary technology benefits all so traditional businesses remain competitive. To do that, we must educate and upskill populations effectively, and make sure we are putting in place systems of work that allow for human involvement in successful business environments.