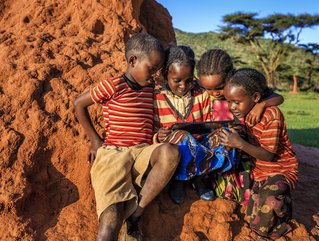 An alliance of organisations committed to building robust and secure Internet infrastructure in Africa has launched the Coalition for Digital Africa.

Led by the Internet Corporation for Assigned Names and Numbers (ICANN), the Coalition will promote innovation to build technical capacity and encourage entrepreneurialism by enabling people to access the Internet using their own languages and scripts. While its official launch occurred yesterday at the 17th annual Internet Governance Forum, the Coalition has already started operations.

Africa has one of the fastest-growing Internet penetration rates in the world and is home to the youngest population on the planet, 70 per cent of whom are under the age of 30, says ICANN. Internet connectivity has grown from 1.2 per cent in 2000 to 43 per cent in 2021, driven by a young and educated urban workforce who are digitally savvy.

"The Coalition for Digital Africa provides an opportunity for new ways of cooperating and collaborating among diverse stakeholders," says ICANN President and CEO Goran Marby. "Though the Coalition was initiated by ICANN, its success is dependent on synergistic work with other organisations – be they local, regional, or international – who are united in their aim to enhance Africa's Internet infrastructure, increase the rate of Internet access, bolster Internet security, and raise the level of participation from Africa in multi-stakeholder policy-making development."

To make the Domain Name System (DNS) infrastructure in Africa more robust to cater to rapid growth, the Coalition announced the installation of an ICANN Managed Root Server (IMRS) cluster in Kenya in November. Another cluster is planned for a second location in Africa next year. These clusters enable regional Internet queries to be answered within the region rather than being dependent on networks and servers in other parts of the world. The IMRS clusters will also reduce the impact of potential cyberattacks in Africa.

The Coalition will begin by working to better adapt the Internet in Africa to enable digital inclusivity and create opportunities to spur the growth of local content and businesses, says ICANN. Key to that effort is Universal Acceptance, or UA, which ensures all valid domain names and email addresses, regardless of length or script, can be used by all Internet-enabled applications, devices, and systems.

The Coalition is working on a project led by the Association of African Universities to make email and other systems within higher education UA-ready, an essential step toward ensuring an Internet that is both useful and empowering for everyone.

"This is an important and welcome initiative for Africa. Improving the technical capacity of higher education institutions across the continent is imperative for a digital Africa," says Olusola Bandele Oyewole, Secretary General of the Association of African Universities. "We are happy to take part in this journey to give African Internet users the opportunity to be part of a truly global, inclusive, and multilingual Internet."