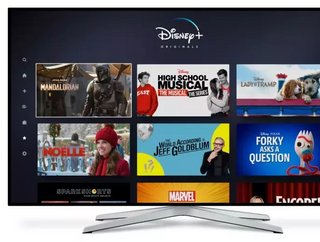 The biggest content streaming companies such as Netflix, Facebook and Disney are reducing their video quality in Europe to free up bandwidth. Last week...

The biggest content streaming companies such as Netflix, Facebook and Disney are reducing their video quality in Europe to free up bandwidth.

Last week Netflix announced it was to achieve a 25% reduction in Netflix traffic on European networks, after a request from EU industry chief Thierry Breton, who asked for companies to reduce quality and in doing so free up bandwidth for remote working and schooling activities.

In a blog post, Netflix’s Ken Florance, VP Content Delivery, explained how this was achieved, saying: “In normal circumstances, we have many (sometimes dozens) of different streams for a single title within each resolution. In Europe, for the next 30 days, within each category we’ve simply removed the highest bandwidth streams. If you are particularly tuned into video quality you may notice a very slight decrease in quality within each resolution. But you will still get the video quality you paid for.”

Disney’s long awaited Disney+ streaming service, meanwhile, which is being released across Europe this week, is also to abide by the European Union’s request.

It’s easy to forget that content streaming does not just include longer form films and television series, with short social media clips also consuming huge amounts of data. Consequently, Facebook is, according to Reuters, to downgrade video quality on both Facebook and its Instagram image and video sharing platform.

Even before the coronavirus pandemic confined people to their homes, data use has been rising at a precipitous rate. Mobile data traffic grew by 49% from the last quarter of 2018 to 2019, boosted by both increasing customer numbers and the rise of content streaming.

It’s not just recreational pursuits driving the need to cut back on quality. According to statistics from virtual private network provider NordVPN, the UK has seen business VPN uses jump by almost 50%, the USA over 65% and Canada over 200%, reflecting the number of people now working from home.