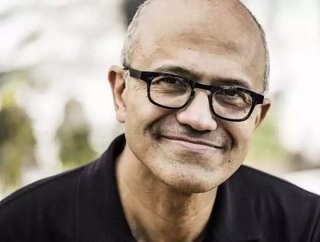 CEO Satya Nadella has been credited with rescuing Microsoft from a nadir,partly due to the broadening of the company’s remit via a number of acquisiti...

CEO Satya Nadella has been credited with rescuing Microsoft from a nadir, partly due to the broadening of the company’s remit via a number of acquisitions.

The likes of Sweden’s Mojang (the developer of the wildly popular Minecraft), professional social network LinkedIn and version control site GitHub can all be understood as part of a wider pivot to services.

It’s a strategy that has paid off. In April 2019, Microsoft became a $1trn company, hot on the heels of Apple and Amazon and beating Google, the parent company of which joined the club last month. A large part of that growth has been in what the company calls its ‘Intelligent Cloud’ business area (up 27% in the last quarter), which incorporates the likes of Azure, and ‘Productivity and Business Processes’ (up 17%), of which LinkedIn is a part.

Born and raised in the city of Hyderabad in central India to a civil servant father, he received a degree in electrical engineering from the Manipal Institute of Technology in 1988. Following that, he studied for an MSc in computer science at the University of Wisconsin-Milwaukee.

Professionally, Nadella briefly worked for the now defunct Sun Microsystems before joining Microsoft in 1992. Before becoming CEO, he was executive VP of cloud and enterprise, where he was in charge of Microsoft Azure and the company’s repositioning towards cloud services - now its most profitable business area.

Reflecting on the strength of Microsoft’s recent quarterly results, Nadella said: “Stepping back from the quarter and reflecting more broadly on the next decade, the defining secular trend will be the increasing rate of digitization of people, places and things. This malleable power of software will drive productivity growth across all industries, leading to more inclusive economic growth far beyond the domains of consumer tech today. Tech spend as a percentage of GDP is projected to double over the next decade.”