IBM unveils its first quantum computer for commercial use 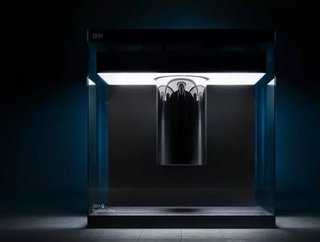 IBM has unveiled its first standalone quantum computer designed for scientific and commercial use. Named IBM Q System One, IBM says the system is “de...

IBM has unveiled its first standalone quantum computer designed for scientific and commercial use.

Named IBM Q System One, IBM says the system is “designed to one day tackle problems that are currently seen as too complex and exponential in nature for classical systems in nature.”

For example, the technology company highlighted how quantum computing could be used to find new ways to model financial data or to optimise fleet operations for deliveries.

Until now, quantum computers have existed only in disassembled form in research labs.

By packaging a number of components, IBM claims to have created the world’s first integrated universal quantum computing system for commercial applications.

Dario Gil, Chief Operating Officer at IBM Research described the launch as an “iconic moment” for IBM given its history as a systems company.

"The IBM Q System One is a major step forward in the commercialization of quantum computing," added Arvind Krishna, senior vice president of Hybrid Cloud and director of IBM Research.

"This new system is critical in expanding quantum computing beyond the walls of the research lab as we work to develop practical quantum applications for business and science."

To design the IBM Q System One, IBM worked closely with design studios Map Project Office and Universal Design Studio, as well Goppion, the company that has built the display cases that house the U.K.’s crown jewels and the Mona Lisa, for instance.

The system was debuted at the 2019 Consumer Electronic Show on Wednesday.

Companies won't be able to buy the machine immediately. Instead, they will only be accessible via IBM's computing cloud.

Located in Poughkeepsie, New York, the centre will expand the capabilities of IBM’s Q Network commercial quantum computing program and “will house some of the world's most advanced cloud-based quantum computing systems, which will be accessible to members of the IBM Q Network, a worldwide community of leading Fortune 500 companies, startups, academic institutions, and national research labs.”