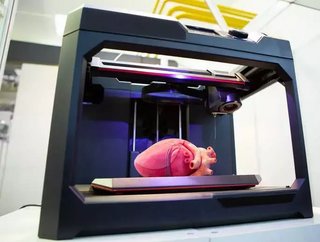 3D printing has come a long way since the 1980s. The first machines, which used a method called Stereolithography, were designed by a man called Charles...

3D printing has come a long way since the 1980s. The first machines, which used a method called Stereolithography, were designed by a man called Charles W. Hull and cost in the realm of $100,000.

Today, you can buy a home 3D printer for less than $150, and cutting edge industrial printers can print in titanium, concrete, wood and even “meat”. What a time to be alive.

Optimistically, 3D printing could be a solution to some of the world’s most pressing problems, from the need for sustainable food to mass homelessness. The potential disruptions to industries like manufacturing and construction are radical, and the science is advancing faster than the world’s first completely 3D printed supercar.

The decade already gave the world some incredible advancements in the field, from 3D printed yeast balls with mushroom seeds inside them (it’s less gross than it sounds, I think), to violins that rival the work of Stradivarius. But what about 2019?

As the year draws to a close, Gigabit Magazine is taking a look at the three most significant, interesting and downright cool milestones in the field of 3D printing from the year.

This week, researchers from the University of Technology in Sydney, the University of New South Wales, and both Harbin Engineering University and Yanshan University in China announced the results of a collaborative effort to dramatically accelerate and reduce the cost of fibre optic broadband.

Meet the future: the plant-based, lab-grown meat industry of tomorrow

By creating optical silica preforms to make the fibres in question using a 3D printer, manufacturers could significantly simplify the production and reduce costs.

John Canning, who heads up the Sydney-based team, told The Engineer: “Making silica optical fibre involves the labour-intensive process of spinning tubes on a lathe, which requires the fibre’s core or cores to be precisely centered. With additive manufacturing [3D printing], there’s no need for the fibre geometry to be centered. This removes one of the greatest limitations in fibre design and greatly reduces the cost of fibre manufacturing.”

Bigger and/or faster than ever

Last week, in Dubai (because where else?) the Guinness World Records paid a visit to confirm the title of “largest 3D printed building in the world.” The structure stands in the Al Warsan area of Dubai and stands a full nine and a half metres tall, with an area of 640 square metres.

In an interview with The National, Dawoud Al Hajri, Dubai municipality director general said that the project required half the normal number of workers, produced 60% less waste than traditonal construction methods, and cost more than 60% less to complete.

“This project is a major turning point in the construction sector. 3D printing technologies in construction will increase the speed of execution and [result in the] completion of buildings in record time,” said Al Hajri to The National.

“This will reduce construction costs and contribute to the development of solutions to demographic challenges by reducing the number of construction workers.”

3D printed buildings aren’t only getting bigger. Last month, the Los Angeles City Council revealed that it has greenlit a project to buy industrial 3D printers that can create a home from the ground up in approximately 48 hours.

This initiative comes at a time when Los Angeles, a city in the midst of one of the most severe housing crises in the US, is looking for a quick solution. Two days is pretty quick.

Remember the 3D printed mushroom balls? Well, the only way from there was up. Quite a long way up as it were. In late September, Russian cosmonauts on the International Space Station used a 3D printer to help grow meat beyond the atmosphere. The mission was carried out in collaboration with Israeli startup Aleph Farms.

"We're the only company that has the capacity to make fully-textured meat that includes muscle fibers and blood vessels — all the components that provide the necessary structure and connections for the tissue," Aleph's CEO and co-founder, Didier Toubia, told Business Insider last year.

Testing bonkers stuff like this on the ISS is usually used as a benchmark of the fact that challenging procedures can be carried out anywhere.