Why are Google’s founders stepping down for Sundar Pichai? 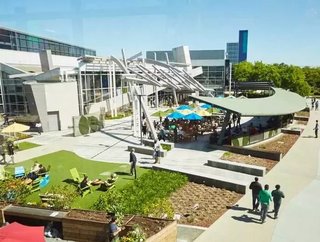 Google has announced that its co-founders Larry Page and Sergey Brin are standing down from their roles at parent company Alphabet. Page’s role as Al...

Google has announced that its co-founders Larry Page and Sergey Brin are standing down from their roles at parent company Alphabet.

Page’s role as Alphabet CEO will be assumed by Google’s CEO Sundar Pichai, who will also retain his current role, while Brin’s position as President will be abolished. Page and Brin will both remain on the board, however, and retain control of 51% of the voting rights, suggesting a soft transition of power as opposed to a coronation.

Alphabet was created as part of a 2015 restructure, with the aim being for Google to focus on its core services while projects the company refers to as “Other Bets” (such as Waymo’s autonomous cars) would fall under the Alphabet umbrella. The reunification of the leadership of Google and Alphabet is addressed by the two, who wrote in a blog post that it was “the natural time to simplify our management structure. We’ve never been ones to hold on to management roles when we think there’s a better way to run the company.”

Pichai, who assumed the role at the formation of Alphabet, is Indian-born, and has worked at the company since 2004 across products such as Chrome and Drive. Since becoming CEO, he has acted as Alphabet group’s most outwardly facing figure, with Brin and Page assuming a more background role. It’s a theme they apparently hope to continue, with the two saying in their blog post that they “believe it’s time to assume the role of proud parents” (albeit parents with majority voting rights).

They might well be proud, having taken Google/Alphabet from a search engine called Backrub, to a Californian garage, to the world’s 17th largest public company (there may have been some other steps along the way). Pichai will now assume control of the company as it embarks upon projects such as the acquisition of Fitbit and the ongoing support of its Stadia cloud gaming service.