Why we need Edge Computing 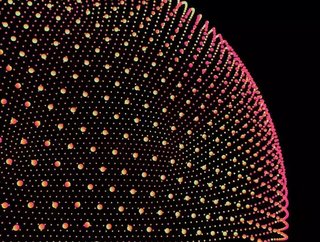 Edge computing is, unlike most emerging technologies, not defined by what it is, but where. According to IBM, “Edge computing places networked compu...

Edge computing is, unlike most emerging technologies, not defined by what it is, but where.

According to IBM, “Edge computing places networked computing resources as close as possible to where data is created.” This means less centralised infrastructure, localised data processing, and faster systems overall.

Currently, the vast majority of enterprises deploy one of three types of network solution:

Where edge computing differs from these options is in its use of portable “micro” data centres and smaller servers to allow for massive reductions in the distance between the processing point and the consumption point of functionality in the network.

This means benefits like minimal latency, simplified maintenance and less money spent on cooling. Grand View Research predicts that by 2024 the global edge computing market will reach above $28bn.

Gigabit Magazine looks at some of the applications that are pushing us towards an edge computing-enabled future.

On the edge of 5G

The benefits that 5G adoption can deliver are myriad - touted as the key to unlocking everything from smart city infrastructure and cloud gaming to autonomous vehicles and intelligent automation. Regarding the Internet of Things, 5G is expected to increase the number of connected smart devices exponentially in the coming decade. That’s a significant rise in the demand placed upon currently centralised networks.

At the 2019 Total Telecom Congress earlier this year, representatives from BT, CenturyLink, STL Partners and Vodafone spoke with confidence about the indispensable role that edge computing will play in enhancing 5G to a point that supports a business case for mass adoption.

“It’s no secret that the business case for 5G is a bit shaky,” said Dalia Adib, Practice Lead, Edge Computing, at STL Partners. “A lot of operators are looking at other ways to generate value for customers and within 5G, there’s a lot of potential in the enterprise space so the edge provides a stepping stone to start the discussions with those customers, build relationships and procreate services that 5G could enable in the future that can be achieved with edge today.”

Paul Savill, SVP, Core Network and Technology Solutions, at CenturyLink agreed, noting that “5G absolutely needs edge more than edge needs 5G. The reason is, you can do edge without 5G but if you deploy 5G and don’t have an edge strategy then you are going to miss out on a huge part of the market opportunity.”

With the global growth of mobile gaming, alongside the unending quest for more powerful software and graphics to support increasingly lavish and deep gaming experience, 2019 has been the year where cloud gaming emerged to position itself as the heir apparent to interactive entertainment.

Microsoft’s Project xCloud and Google Stadia have both begun trials this year, and a number of smaller companies, like Blade (which just raised $32mn to support the development of its cloud gaming service, Shadow) are also beginning to fill the market with viable options.

However, the limitations of current networking capabilities are holding back the adoption of the technology, which basically requires a 5G connection to be fast enough to stream a game from the cloud and onto the user’s phone with enough immediacy to create a viable gaming experience.

In combination with mass 5G rollouts, the drastic latency reductions that edge computing can provide are going to be an essential part of bringing cloud gaming into the mainstream.

Also closely linked to 5G connectivity improvements and the increased computing power of the cloud, increased AR capabilities will rely heavily on immediate responses, in order to seamlessly map experiences and information onto a physical environment. The technical benefits of edge computing, both to 5G and cloud computing in general, will be a massive driver of mixed reality solutions, in both the commercial and consumer space.