Bring me Evil Corp! US puts out largest ever bounty on a cybercriminal 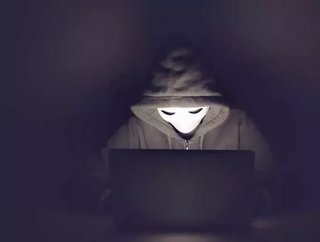 In addition to the charges, the State Department has announced a bounty of $5mn for any party who provides information leading to the arrest of the group’s leader.

According to OFAC, Evil Corp was behind the distribution of a piece of malware called Dridex, a piece of code that leverages macros in Microsoft Office in order to infect systems and steal personal information like banking credentials. OFAC estimates that Evil Corp used the Dridex malware to infect computers and harvest login credentials from hundreds of banks and financial institutions in over 40 countries, accounting for over $100mn in theft.  This software has allegedly caused millions of dollars of damage to US and international financial institutions and their customers.

Annually, it’s estimated that cybercrime costs the global economy in excess of $600bn. OFAC - which is working in tandem with the US State Department - believes that Yakubets and Evil Corp have “engaged in a decade-long cybercrime spree that deployed two of the most damaging pieces of financial malware ever used and resulted in tens of millions of dollars of losses to victims worldwide," Assistant Attorney General Brian Benczkowski said in a statement.

“Treasury is sanctioning Evil Corp as part of a sweeping action against one of the world’s most prolific cybercriminal organizations. This coordinated action is intended to disrupt the massive phishing campaigns orchestrated by this Russian-based hacker group,” said Steven T. Mnuchin, Secretary of the Treasury.  “OFAC’s action is part of a multiyear effort with key NATO allies, including the United Kingdom. Our goal is to shut down Evil Corp, deter the distribution of Dridex, target the “money mule” network used to transfer stolen funds, and ultimately to protect our citizens from the group’s criminal activities.”