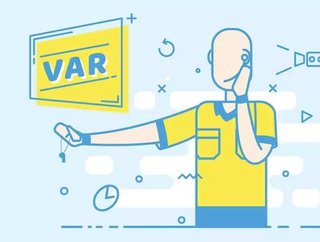 Sports technology is an inescapable presence, and the key that has turned competition into such big business. As TechCrunch reports, a survey of industr...

Sports technology is an inescapable presence, and the key that has turned competition into such big business. As TechCrunch reports, a survey of industry experts revealed that the technologies set to have the biggest impact on sports are in the area of fan engagement. But in terms of the amount of discussion generated, the application of technology to refereeing comes out a clear winner.

The on-going Rugby World Cup has not been immune from controversy, with criticisms that referrals to the television match official (TMO), or video referee, are excessive and that the viewing of slow motion replays makes incidents seem more serious than they do in real-time.

In association football, the introduction of video assistant referees (VAR) has seemed to generate a constant stream of griping, but that hasn’t stopped their inclusion in the 2018 World Cup and this season’s Premier League.

Previous introductions of technology to football have been less controversial, such as the widely appreciated goal-line technology capable of determining whether the ball has crossed the line of the goal and therefore counts. That was officially included in the rules of the game in 2012, two years after the infamous decision to disallow Frank Lampard’s goal against Germany in the 2010 World Cup.

The major provider of that technology is Sony’s Hawk-Eye, best known for the image triangulation technology prominently used in Tennis to determine precisely where the ball hits the court.

What these innovations have in common is their claim to be able to make objective, definitive decisions, removed from the subjectivity of a human perspective. Replays are mediated through human perspectives, allowing one person to see an offence where another sees nothing. Beyond this, the notion of a margin of error rears its head. A figure of 3.6mm is bandied about for Hawk-Eye, an impressively small but potentially pivotal distance.

Regardless of these troubles, the technologisation of sports is only set to intensify, as Fujitsu’s announcement that it is using AI to judge Artistic Gymnastics proves.