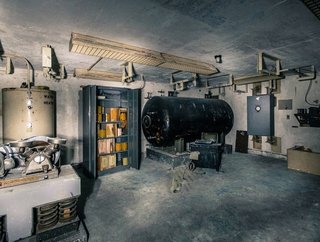 Uptime Institute has awarded a Tier IV Design certification to the "Fort Knox of colocation facilities", a data center built in the bowls of a Cold W...

Uptime Institute has awarded a Tier IV Design certification to the "Fort Knox of colocation facilities", a data center built in the bowls of a Cold War era nuclear bunker in Florida.

The appropriately named Data Shelter will eventually expand to 17,000 sq/ft and boast emergency air filtration to keep occupants going in the event of chemical, biological, radiological or nuclear interference. It will also feature EMP and radiowave mitigation, as well as being able to brush off category-five hurricanes and tornadoes.

A Tier IV Design certification indicates an availability of 99.995 percent, and is the first step to achieving a Tier IV Constructed Facility certificate - something Data Shelter is certainly intending to achieve. When it does, it will join a relatively small club of commercial Tier 4 offerings in North America.

The bunker was originally built in 1964 and was part of a military telephone network designed in readiness for global thermonuclear warfare. The entire structure is built from double layered steel-reinforced concrete and covered with earth, and sits atop a nine-foot thick blast slab. Entry is gained via one of two armoured steel blast doors.