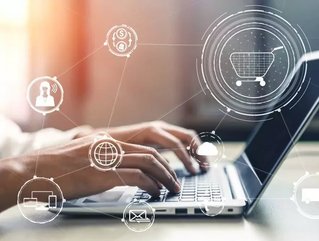 The company’s approach utilises data science, supply chain management, advertising and other services to improve a brand’s capacity to sell through marketplace systems, partnering with sellers to launch brands on those marketplaces.

The company was set up in response to the runaway success of the marketplace model pioneered by Amazon, which it says is the world’s largest retail economy, growing at twice the rate of “traditional” ecommerce. The model’s dominance, which saw Amazon process $200bn of transactions last year, has only grown thanks to the ongoing COVID-19 pandemic driving people away from physical stores.

Only founded in August of this year, the company has announced a Series A round of funding worth $175mn from General Catalyst, Khosla Ventures and Arbor Ventures. Also participating were executives from heavyweight ecommerce firms including Amazon, eBay, PayPal and Magento.

In a press release Sebastian Rymarz, Heyday co-founder and CEO, said: “We're in the early days of a tectonic shift toward marketplace commerce. Just as the last decade saw the rise of Warby Parker, Dollar Shave Club and other digitally native vertical brands, this decade will see the rise of a new generation of marketplace-native brands.

"Although the shift has been a boon to entrepreneurs around the globe, most still lack the capital, tools and resources to realize their full potential. Heyday is filling that void."

The company has duly acquired and launched a number of brands in its lifespan of a few months.

"Online marketplace ecosystems are transforming the way retail brands launch and reach wide consumer adoption," said Mark Crane, partner at General Catalyst. "Heyday is building a data-driven technology platform that can help those brands reach real scale leveraging those marketplaces. The Heyday team has shown incredible drive since launch and we look forward to partnering with them as they continue to build to their mission."