How technology can establish the new workplace of tomorrow 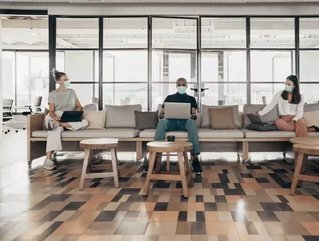 Don Schuerman explains why technology has a critical role to play in helping businesses and their employees to reach the new normal...

If it’s true, as the saying goes, that a week is a long time in politics, then in the world of business technology, six months must seem like an eternity. So much of the way organisations have been forced to operate, plan and strategise has been fundamentally changed since our way of life changed forever in March of this year following the COVID-19 outbreak. With jobs being lost, economies crashing and businesses struggling, the bad news is that, unfortunately, the disruption seems set to continue for the foreseeable future.

The net result of this is that today’s businesses are finding themselves facing a very new set of challenges. With many caught – understandably so – on the back foot by the disruption, they are finding themselves prioritising risk mitigation to protect themselves against the effects of similar events in the future. In a recent global, cross-industry study we ran amongst global senior managers and frontline IT staff, it was no surprise to find that nearly one in three (31%) were either ‘totally unprepared’ or ‘not very prepared’ to deal with the impact of the pandemic. Understandably, 84% said that preparing for future pandemics or similar disruptive events was a high priority for them. What this tells us is that organisations are already starting to think about the future of the workplace and how they can keep ‘business as usual’ going in even the toughest of times.

So, what does this new future look like? Ask anyone at the start of the year to answer this question, and the likelihood is extremely high that the answer you’d get today wouldn’t bear so much as a passing resemblance to their response. Today, with many organisations finding themselves with a workforce that has to remain effective, connected and collaborative, despite operating remotely, businesses are finding themselves having to adapt to this ‘new normal’ and shift their investments from areas that are no longer viable to those that will help to future proof them and mitigate against potential risk.

One of the technologies that will see the most substantial growth is intelligent automation. Our research found that 76% of respondents were increasing their investment in this technology as a result of the pandemic. The same number (76%) also agreed that unpredictable mass illness and/or self-isolation will drive increased business demand for intelligent automation. So why is it that intelligent automation is seen by so many as the answer when it comes to guarding against the business impact of these disruptive events?

There are a number of reasons. Intelligent automation can help to increase efficiency and effectiveness of processes, improve customer experience, optimise back office operations and increase efficiency – all while minimising human contact and allowing for social distancing to be maintained. It can also have other benefits that stretch beyond the post-pandemic landscape, however.

Put simply, it can play a significant role in improving the work-life balance of employees. Eighty percent of our global survey respondents said that intelligent automation is helping them to reduce human workloads, with more than a third (36%) saying that it has already saved them between one and nine working hours per week over the last two years. Crucially, almost half (47%) say they are using the additional time they have gained as a result of their company employing intelligent automation to do more creative activities such as ideation and innovation, while 44% say that they are using the additional time to conduct more analysis and take on more critical thinking tasks.

It's important to note that the new workplace of tomorrow won’t just revolve around intelligent automation; other technologies will play an increasingly important role as their importance is embraced by businesses and, most tellingly, their employees. Indeed, our research showed that employees are now playing a leading role in driving the use of technology as a force for change within businesses, with 66% of respondents saying that employees are asking for better technology to improve the way they work and 76% agreeing that increased use of technology is improving customer satisfaction.

Clearly, as the business landscape continues to shift, we’ll continue to see investment in traditional growth technologies like cloud and artificial intelligence. But newer, productivity enhancing technologies like low-code will also see a rise. Eighty-two percent of respondents to our study said that IT should provide platforms and systems that allow employees to build and implement their own technology solutions, while more than half (55%) say that either ‘everyone’ or ‘the majority’ of the workforce within their industry will need low-code skills in the next five years.

The future make look very uncertain for many at this point, but what’s clear is that the primary focus for most businesses is on firmly establishing what the new normal will look like for them and working hard on ensuring that if the worst was to happen again, they won’t be as seismically affected. The result could mean that the workplace of the future is a very different place to the one we’ve traditionally been used to, but with technology that is available to help improve efficiency, ease workloads and increase productivity, there’s no reason why all of us shouldn’t embrace the workplace of tomorrow.