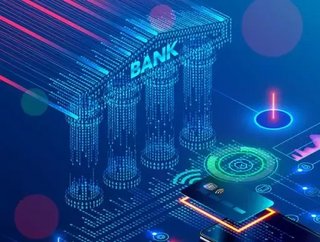 The new annual report shows the impact of fraud on consumers, their attitudes to fraud, and how this has changed during the pandemic...

Marqeta, a modern card issuing platform, released today the annual findings of a survey of more than 2,000 UK and US consumers, looking at their attitudes and experiences regarding financial fraud.

The survey revealed that COVID-19 has undoubtedly had a huge impact, with 68% of UK respondents reporting being more concerned about fraud since the start of the pandemic. Almost one in five (19%) of UK adults surveyed by Marqeta reported becoming first-time victims of fraud in the last 12 months, and this figure rises to 31% among 18–34 year-olds.

UK consumers feel banks need to do more to protect their customers, with four in five (79%) saying they believe their bank should be able to more accurately predict when a transaction is fraudulent, and 63% admitting they are concerned about their bank’s ability to spot fraud.

“It’s understandable that consumer concern around banks’ ability to fight fraud is high. It will be vital that banks keep pace with this ongoing threat, and have the infrastructure in place to authenticate transactions and spot fraud as fast as possible. This will mean utilising tools like modern card issuing to give banks the digital context and data needed to make real-time, intelligence-driven decisions on authenticating transactions.” comments Ian Johnson, SVP, Managing Director Europe, Marqeta.

After a year of increased online food and clothes shopping, people have become warier and more fearful of falling victim to fraud.

People surveyed this year were more likely to describe payment fraud as an inconvenience (35% in 2021, up from 28% 2020), rather than something that was going to leave them out of pocket.

In the UK the contactless limit was raised to £100 in March 2021 as part of the annual budget, the survey found that 80% of UK respondents said they believe this puts cardholders at higher risk of fraud if their card is lost or stolen.

Nearly half (48%) of UK respondents say they’re trying to be more careful (although admit they could do better) and 43% say they’re very careful.

Digital fraud is evolving and here to stay. Financial institutions must stay alert to stay ahead of the game and treat fraud detection and prevention as ongoing initiatives.