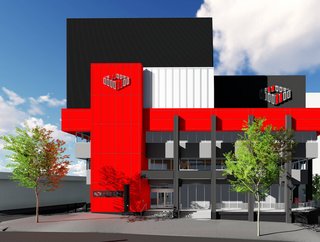 National Australia Bank (NAB) will provide NEXTDC with AU$300mn to “fund future growth capital expenditure for both its existing facilities and upcoming developments.”

The news is just the latest development from NEXTDC as the company continues to expand its data centre presence in Australia.

In July this year, NEXTDC announced that it had offered AU$172mn to buy APDC, the property trust that owned three of its data centres.

The data centre market is booming in Australia, and NEXTDC represents a key player in this boom.

Large-scale, international operators are expanding massively in Sydney and turning their attention to Melbourne.

"If you match Australia to its direct population it's punching well above its weight," NEXTDC Chief Operating Officer Simon Cooper says.

"That's something Australia has always done with technology. I think it's a combination of distance and some of the cultural linkages back to Europe and the US. Also, aspiration, both at the enterprise level and the individual. If you were to talk to Microsoft or Amazon, the use they see here compared to the population is quite dramatic. NEXTDC has successfully taken part in that and helped it along."

Read our exclusive interview with NEXTDC on Construction Global, as we examine how the company is powering Australia’s next megawatt industry.