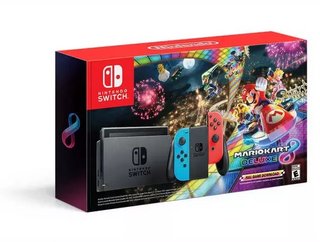 Nintendo has today officially launched its Nintendo Switch console in China, a huge market for gaming albeit with significant gaps. The Japanese compan...

Nintendo has today officially launched its Nintendo Switch console in China, a huge market for gaming albeit with significant gaps.

The Japanese company is accomplishing the launch via a collaboration with Chinese tech conglomerate Tencent, which is itself a major player in the gaming scene thanks to ownership of games such as League of Legends and Clash of Clans Online. Retailers stocking the Switch included Tencent-backed JD.com, with the console priced at 2099 yuan (~$300) and games at 299 yuan (~$42), broadly in line with prices in the rest of the world. As reported by CNBC, the news sent Nintendo’s shares to a 19-month high.

Video games are big business. In 2018, the global video games market was worth $134.9bn. While the current vogue is for cloud gaming, where the hardware is remotely located and gameplay is streamed to the user. Google launched its Stadia service this year to generally mixed reviews, but the potential is drawing in established giants such as Microsoft with its xCloud service. Nevertheless, the home console has not died a death yet, with Microsoft and Sony gearing up for the launch of the next generation of devices in the coming years.

The Chinese gaming market is strictly controlled, as demonstrated by the 700,000 yuan fine incurred by a Chinese developer who failed to obtain a license for a game they subsequently released. Nevertheless, the market in the country is expected to be worth $41.5bn in 2023, with a particular focus on mobile and PC gaming. The unofficial, grey market which sees consoles imported from overseas may also be significant, and Nintendo is no-doubt hoping to capitalise on that appetite with the official launch of its console in the country.

News of the launch first bubbled up in April via a wonderfully laconic press release. It marks a new approach to the Chinese market from Nintendo, who previously launched a joint venture known as iQue which brought consoles such as the Nintendo 64 and the DS to the mainland.