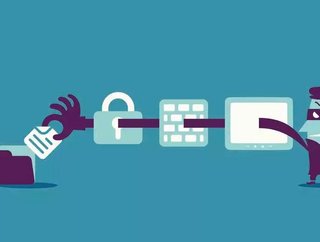 A number of high profile incidents have highlighted anxieties around privacy when it comes to technology. It started with Google’s Devices and Servic...

A number of high profile incidents have highlighted anxieties around privacy when it comes to technology.

It started with Google’s Devices and Services head, Rick Osterloh, who was asked a question by the BBC regarding whether guests should be warned about active smart devices in the homes that they are visiting.

The context for the interview was around Google’s recent product launch, with the Pixel 4 smartphone, the Pixelbook Chromebook and Google’s Stadia cloud gaming platform all on display. Of particular relevance, though, was google’s Nest line of smart speakers, which records both audio and video to monitor sound and movement.

Osterloh revealed that he believed the presence of such a device should indeed be disclosed, and went further to say that this was something he already did. The Nest’s recording capabilities reportedly cannot be turned off in a temporary fashion, instead requiring disabling in the settings.

Then came two other incidents. The first involved Samsung’s flagship S10 smartphone and its ultrasonic fingerprint reader, which was discovered to have faulty recognition when covered by an unauthorised screen protector, allowing anyone to unlock the device. Samsung responded quickly, promising a software update to rectify the issue.

At the same time, a concern was raised about Google’s new Pixel 4 Face Unlock system, which does not incorporate the check for alertness found in competing systems. Consequently, the spectre of the phone being unlocked when held up to a sleeping or otherwise unwilling individual. Google responded by highlighting the presence of a higher security mode that disables facial recognition altogether.

Taken together, all three highlight the trade-off between convenience and security. And the different responses are instructive of three potential routes forward. In the case of the Nest, it’s a question of ethics and informed consent. The S10 suggests the answer is simply to upgrade the technology. Finally, the Pixel 4 situation shows that the most convenient of solutions cannot hope to also be the most secure.