Blockchain breakdown: Why digital ledgers are going to revolutionise the supply chain 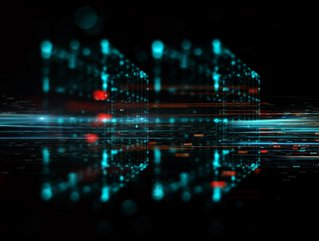 Digital ledger technology - otherwise known as blockchain - first appeared as a verification list or record used to track cryptocurrency transactions. Invented is 2008 by a person (or group of people) going under the alias of Satoshi Nakamoto, blockchain technology was initially tied to the cryptocurrency bitcoin, allowing it to become the first digital currency to solve the “double spend problem”.

What is a blockchain anyway?

Still a widely misunderstood technology, blockchain is essentially a constantly growing list of records, called blocks, which are linked together using complex cryptographical systems that make third-party interference nearly impossible. Each block contains a cryptographic hash of the previous block, a timestamp and a cache of transaction data.

Blockchains are constructed so that, should anyone tamper with a previous block in the chain, that information will then affect all subsequent blocks, which can’t happen without a consensus from the majority of users with access to the chain. This makes cryptocurrencies that run on a blockchain nigh impossible to duplicate or steal, and ensures the complete (or near complete) veracity of information and records stored in this fashion.

So, why does blockchain matter?

Well, top thought leaders across the supply chain space all agree on the fact that a key driver in the effectiveness of future supply chains will be a company’s ability to gain visibility and access to every aspect of their network, from accounting to distribution.

“In the future, companies will be competing on the supply chain, in terms of how connected, how transparent and how flexible that supply chain is, if you will, in terms of understanding if you’re experiencing disruption how to react to it,” commented Sean Thompson SVP, Business Network and Ecosystem, SAP Ariba and SAP Fieldglass.

The way that companies achieve flexibility and strategise regarding the interconnectedness of their businesses is through end-to-end visibility. The amount of data that is being generated, and has been generated over the past three years, quite drastically eclipses the amount of data that was generated previously in the whole of human history (frankly, it’s a miracle you found this article at all). As such, companies are now being presented with greater and greater troves of information about their internal workings and external relationships. But, how can they trust this data?

Michael Corcoran, Chief Marketing Officer at Information Builders, said in a presentation at the Gartner Data and Analytics summit, 2019, “One of the biggest and most difficult challenges with data is this: people don't trust their data. Who's got perfect data in this room? Anyone? Thank you for being honest because none of us do.” The ability for companies to trust their data is an essential - and currently missing - piece of the puzzle.

The level of reliability that a blockchain bestows on a record of transactional (or other) data is foreseen to be a gamechanger across all elements of the business landscape, but particularly in an area of commerce that involves more interaction between multiple departments, internal and external operators, and moves across more markets in more disparate regions than any other element of a business: the supply chain.

Initially used mostly to track and trace the progress of food from farm to table, digital ledger technology is beginning to experience a period of explosive growth that will likely see it become part of the landscape for any country that needs verifiable data authenticity when examining its supply chain.

Today, Market Research Future, an analytics and reports firm based in Pune, India, released its findings on the likely future of the relationship between blockchain and the global supply network. According to the report, the global ‘blockchain in supply chain market’ is expected to rise, from a modest valuation of $81.4mn in 2017, to exceed $3,4bn by 2023. This represents a cumulative growth rate of around 87%.

The report notes that “blockchain technology provides advantages such as improved protection against fraud and errors, improved inventory management, and faster identification of issues across the entire supply chain, resulting in increased user trust. The increasing need for manufacturers and distributors to maintain transparency in supply chain operations and minimize costs is likely to be the key driver for the global blockchain in supply chain market over the forecast period.”

With the focus of the world’s leading tech players on the use case for blockchain technology’s integration into the global supply chain, full adoption is clearly on the cards over the coming decade.

In a recent interview with the University of Pennsylvania’s Wharton School of Business, Stefan Gstettner, partner and associate director at Boston Consulting Group said that “blockchain is relevant and has the potential to revolutionize industries such as health care or pharma, where authority applications, like FDA requirements, are becoming stronger…

“Since blockchain is a network play, we will see the biggest impact in situations where there are dispersed networks and where many parties are involved. It will have most impact in complex environments and less impact in, say, one factory”. The applications for highly dispersed, multi-element supply chains speak for themselves.