Gartner: The irrational exuberance that is blockchain 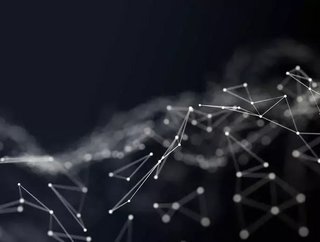 The recent rapid rise and fall in the value of bitcoin has thrust blockchain into our everyday vocabulary and into the minds of most boards and CEOs. Bl...

The recent rapid rise and fall in the value of bitcoin has thrust blockchain into our everyday vocabulary and into the minds of most boards and CEOs. Blockchain promises genuine long-term potential for global-scale transformation of economies and industries, which, over time, will lead to the era of the programmable economy, in which value is exchanged peer-to-peer without central authority, and new exchange mechanisms are created by any participant.

According to Gartner's 2017 CEO Survey, 25% of participating CEOs perceive the impact of blockchain to be either "major" or "transformational.” But what do CIOs and IT leaders need to do to understand and make sense of this promising, but radical technology?

Blockchain at the irrational exuberance phase

We are in the first phase of blockchain use, what I call the ‘irrational exuberance’ phase. There is significant experimentation with blockchain across every industry around the world. Corporations that have long relied on centralised systems for control and security are being pushed to accept the concept of decentralisation and distributed control that is central to blockchain.

However, 66% of respondents of a recent Gartner survey believe blockchain is a business disruption and have set budgets accordingly; 5% of those surveyed said they will spend over $10 million on blockchain, however CIOs and IT leaders will need to evaluate where the investment makes the most sense for their business.

What impact has the first phase of blockchain had?

The irrational exuberance phase has had two demonstrable effects: evolution and hucksterism. Blockchain has been used successfully in cryptocurrencies, but the technology is still not “enterprise ready.” In 2017, we saw some evolution on that front as blockchain platforms such as Hypeledger Fabric announced new versions closer to enterprise use and Ethereum progressed toward making these solutions perform and scale to suit enterprise needs.

However, the exuberance has also led to new levels of hucksterism. For example, we have seen companies with dubious blockchain abilities add blockchain to their name or business to try to increase their stock price. In response, the US Securities and Exchange Commission (SEC) said it will crack down on "Blockchain-R-Us" renaming. It is critical at this stage in blockchain’s evolution that hype is recognised, and the emergent nature of the technology and its capabilities are clearly understood.

Gartner anticipates that, through 2018, 85% of projects with "blockchain" in their titles will deliver business value without actually using a blockchain. Thus, organisations must ensure that expectations for their blockchain initiatives are based on realistic assumptions about both the technology and its capabilities.

To add, Gartner does not expect large returns on blockchain until 2025. Which means today companies will have to try different blockchain projects to determine if there is value for them in blockchain — that is, whether there will be new revenue possibilities, cost savings or improvements in their customers’ user experience. However, obtaining that value may require organisations to wait until the technology is more robust, is more reliable or requires less custom development.

Most current uses of blockchain are not disruptive, because the majority of organisations that undertake blockchain projects find it hard to consider systems that are outside of their legacy, centralised models (both business models and technology platforms). As with other waves of technology-driven business transformation, disruption will likely come from small risk-taking ventures rather than established, risk-averse companies. In the case of blockchain technology, it is possible that the greatest social good will come from the nondisruptive transformation of global supply chains, although eventually many other sectors will be impacted, in both disruptive and nondisruptive ways.