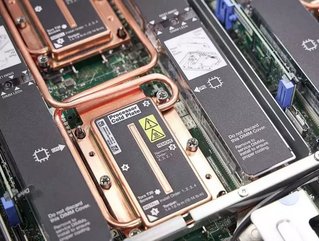 According to Lenovo, a typical computer-generated animated feature takes four years of production, resulting in half a billion files needing 200 million hours of computing to render.

In a news post, Jeff Wike, Chief Technology Officer, DreamWorks Animation, said:“The data center really is the heart of our environment. As it beats and as it grows, it has to support all these different creative and operational ambitions.”

As computer animation has evolved from typically smooth-surfaced characters to far more complex characters with hair and other minute details, the increased level of detail has put both processing power and artists under strain.

“We strive really hard to use technology to optimize for one of the most valuable resources on our campus which are the artists,” said Skottie Miller, Fellow, Systems Architecture, DreamWorks Animation. “To the degree that we can automate away tasks so that our engineers can focus on strategies that allow the artist to focus on art, that’s really one of the things we’re striving for.”

Computer animated films have long been at the forefront of computing technology, with Pixar leading the way in the 90s. Computer Scientist Ed Catmull, co-founder of Pixar, spoke of the combination of technology and culture in an interview: “The goal of making the animated feature was a goal that lasted 20 years. And in the process of getting together people who shared a similar goal, then there was something beside the movie that was created, which was a style and a way of thinking, and people who were always wanting to create something that was new and challenging and different.”